Apple has announced that 808, a new documentary chronicling the legacy of the legendary Roland TR-808 drum machine, will stream exclusively on Apple Music starting December 9th. 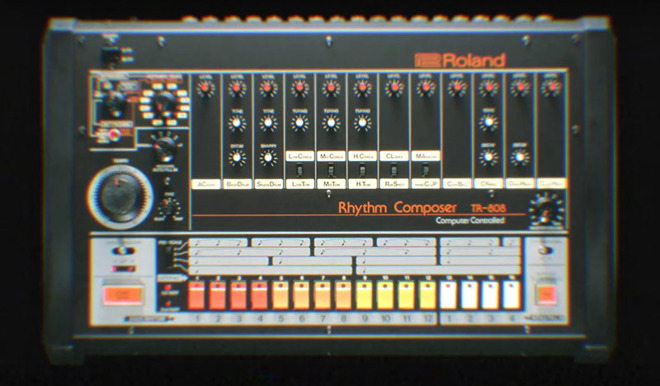 “This is it! After nearly 5 years of work ‘808’ is coming out,” said Alex Noyer, who directed the documentary as CEO of You Know Films. “Our audience’s support throughout has been incredible and thanks to our amazing partners we can finally celebrate this awe-inspiring piece of music history. I must thank my incredible team for their hard work, commitment and perseverance throughout.”

Having won positive reviews on the film festival circuit, the full-length film lands on the streaming service Apple Music next month and features an all-star cast of talking heads explaining their personal relationships with the instrument. The documentary will eventually become available on iTunes.

“I love this film. The 808 has left an impactful mark on my life. It’s been the driving force for so many of my favorite records, and I jumped at the chance to be involved,” said Zane Lowe. “I wanted to learn more about how this incredible drum machine came to exist, and it’s been exciting to hear other people’s stories and what it means to them. It’s the magic ingredient.”

Any shred of mystery Google was saving for its Pixel 7 series launch event on Thursday, October 6, likely dissipated when a detailed and legit-looking spec sheet for the two phones leaked online over the weekend (via 9to5Google). Apparently, a mobile carrier in Taiwan prematurely shared the spec sheet for Google's Pixel 7 and Pixel...
Nehal Malik
19 mins ago