We saw screenwriter Aaron Sorkin speaking with Bloomberg’s Emily Chang earlier last month, and he was confident that Christian Bale is the right person for the role of Steve Jobs in the forthcoming Sony biopic. Bloomberg has posted a teaser of another interview with him airing tonight, in which Aaron Sorkin speaks about Steve Jobs and the pressure of writing the script for the movie. 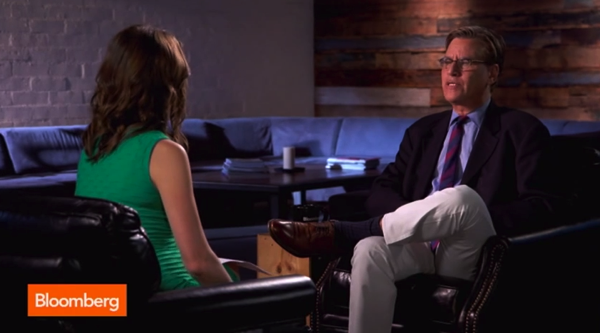 When Emily Chang asked about why he thinks there is more to the Steve Jobs story that needs to be written, Sorkin replied saying that Jobs’ life could serve as the topic of at least ten more movies:

I think that you could do ten more movies about Steve Jobs. I think if you lined up ten writers and said “write a movie about Steve Jobs”, you’d get ten different movies, all of them worth going to see.

As it turns out, he spoke with Steve Jobs three times: first, when the co-founder asked him if he wanted to test a new Apple laptop the company was preparing to launch. Sorkin even helped Jobs with his famous Stanford 2005 commencement speech, fixing a couple of typos in the text.

To finalize the screenplay, Sorkin spoke with all the key characters appearing in the movie. Writing the Steve Jobs character involves the same amount of pressure he feels when writing any character, he admits, although “with a little sauce on top of pressure, because he is a person so many people have strong feelings about”.