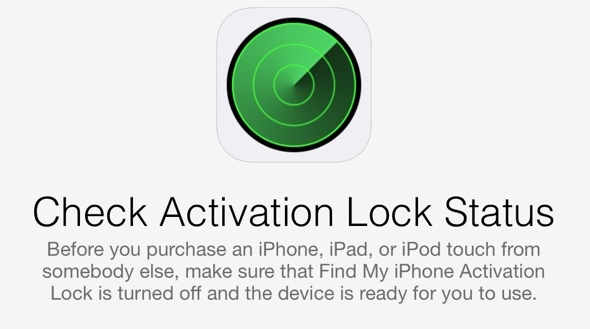 Apple has recently removed the Activation Lock status checker from iCloud.com, a tool that allowed users to enter the serial number or IMEI of an iOS device to find out if the device is secured with Activation Lock, helping buyers avoid purchasing a locked devices.

However, Apple has not yet explained why it decided to remove the handy tool. According to MacRumors through, the tool may have played a key role in a bypass hack, possibly explaining why the company decided to remove it all together.

“That valid number, which belongs to a legitimate device owner, can then be used to unlock a previously non-functional iPhone or iPad.

When attempting to activate a new or recently restored device, some iPhone owners have found their devices inexplicably locked to another Apple ID account – one with an unknown name and password. The problem has been affecting iPhone 6s, 6s Plus, 7, and 7 Plus models since September and can only be fixed by Apple.

Apple has not confirmed that the hack shown in the video is related to the Apple ID Activation Lock bug, but as the hack uses valid serial numbers from existing owners, it’s a plausible theory”.

Check out the video below showing how the bypass hack works: