Activation Lock was launched in iOS 7 as a way to protect iOS devices. The feature protects users as it requires knowing the Apple ID login credentials to either turn off Find my iPhone or to activate newly formatted devices previously linked to an iTunes Account.

Now, a new Check Activation Lock Status tool (via iDownloadBlog) has been released by Apple, part of Find my iPhone on the web. Accessible by Safari on the web, users just enter an IMEI or serial number of a potential device they are set to purchase to see whether Activation Lock is ‘on’ or ‘off’. 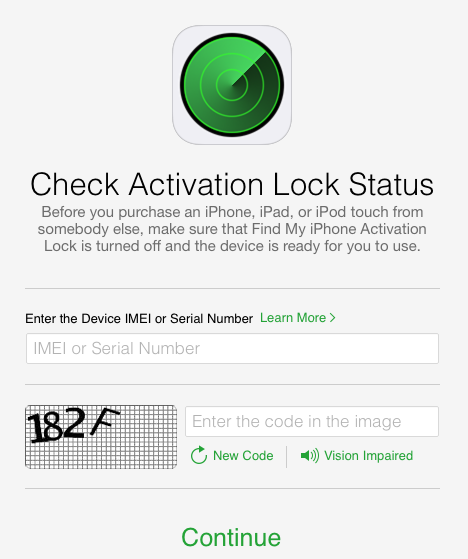 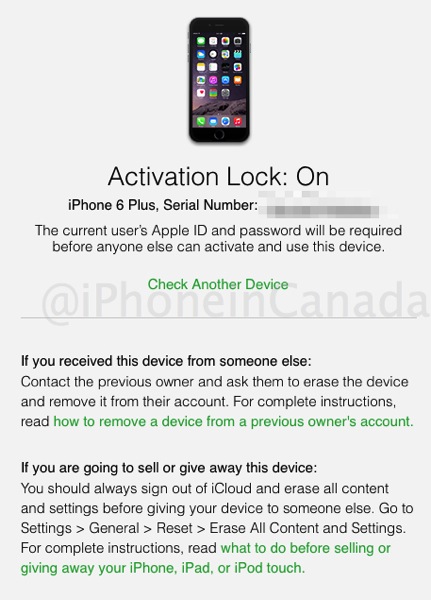 So for people buying used iOS devices, this page is essential to check whether your purchase is safe to proceed. The weird part is this tool requires a computer web browser, as we were unable to load the page on our iPhone. It would be nice to use the tool in person when you meet up with a seller.

If you are going to buy a used iOS device, it’s best to ask for the serial or IMEI beforehand, check it at home, then verify it’s the same device when you meet with the seller.

Earlier this year, hackers figured out a way to activate iPhones by bypassing activation lock. Checking any potential used purchases with this page should eliminate the guess work about any device history.

This is definitely a page to bookmark.

In response to the feedback and guidance it received, Apple has announced that its child sexual abuse material (CSAM) detection tool for iCloud photos has now been permanently dropped, Wired is reporting. Apple has been delaying its CSAM detection features amid widespread criticism from privacy and security researchers and digital rights groups who were concerned...
Usman Qureshi
19 mins ago