After Mocking Apple, Xiaomi Flagship Won’t Include Charger in the Box 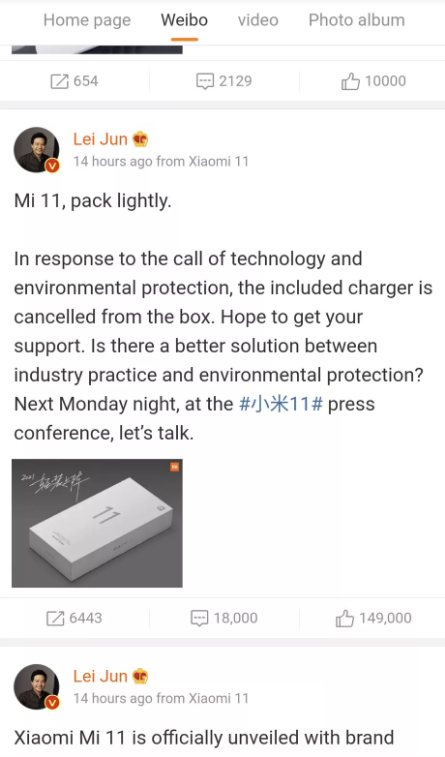 Only a couple months after mocking Apple for not including a charger with the iPhone 12, Xiaomi’s CEO revealed on Chinese social media site Weibo that the company’s next flagship — the Mi 11 — will ship without a charger as well, reports The Verge.

Don't worry, we didn't leave anything out of the box with the #Mi10TPro. pic.twitter.com/ToqIjfVEQX

Earlier this year, credible reports of the iPhone 12 not having a charging adapter included in its box started surfacing, and were later confirmed with the device’s launch.

Competitors like Xiaomi and Samsung were quick to criticize and mock the decision, sending out tweets that essentially said they still included charging bricks with their flagship phones.

Apple’s decision to abandon the AC adapter–and then throw in a Lightning to USB-C cable instead, was controversial, despite the message it was done for the environment.

Among mounting rumours of the Samsung S21 ditching power bricks as well, Samsung promptly deleted their jibes at Apple. Of course, they did.

Xiaomi has officially canceled the inclusion of a power brick with its next flagship, “in response to the call of technology and environmental protection.” However, the Chinese tech giant’s jabs at Apple on Twitter are still up. Go figure.

As worker unrest continues onsite of Foxconn's Zhengzhou plant in China, Apple is expected to face a shortfall of up to an estimated six million iPhone 14 Pro units. Foxconn's plant, which is often referred to as 'iPhone City' due to its size and importance in Apple's supply chain, has been facing worker protests. Due...
Steve Vegvari
20 mins ago