‘AirMessage Cloud’ Brings iMessage to the Web and Android 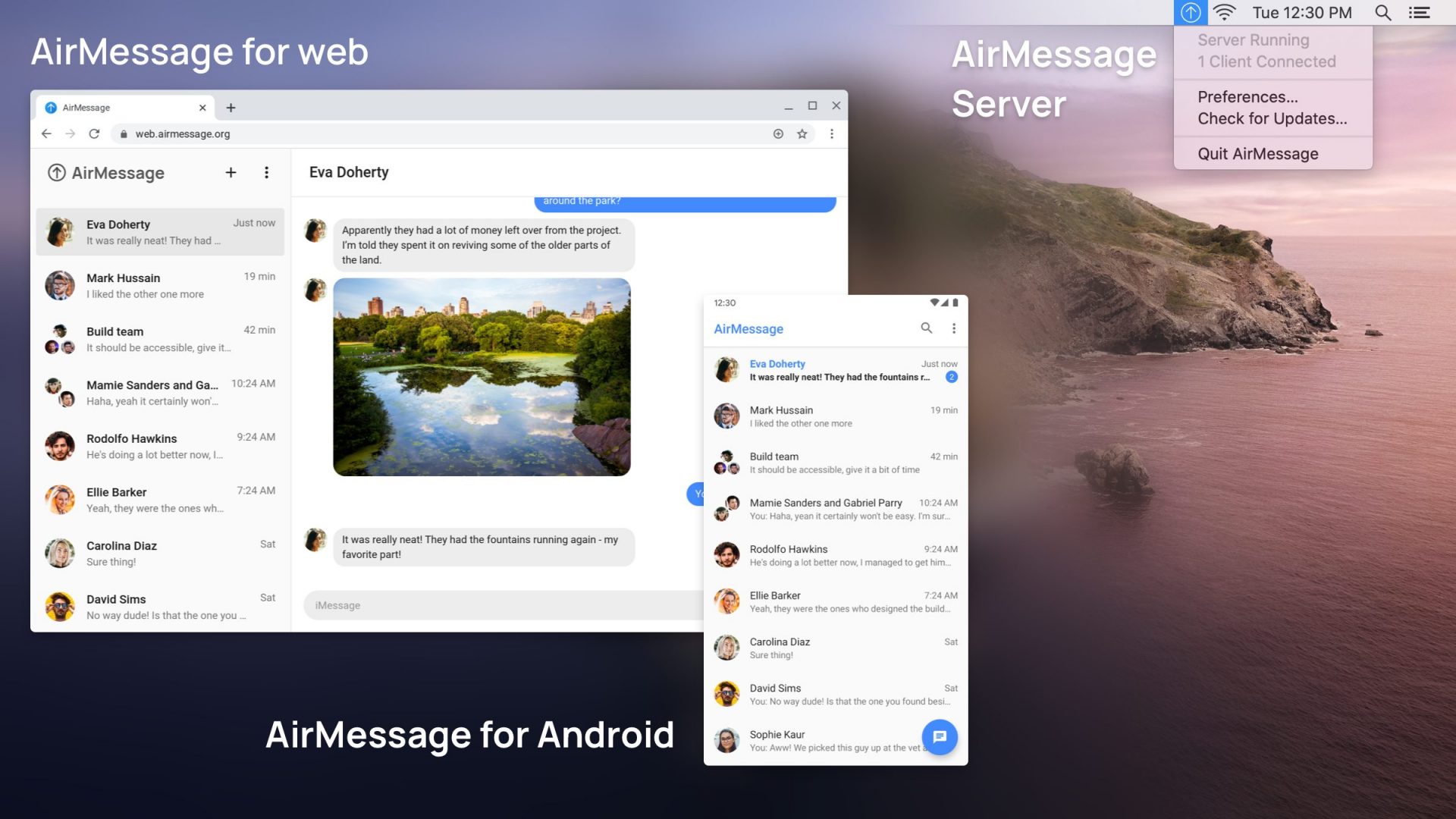 ‘AirMessage’ is an open-source, third-party iMessage client for Android and the web, designed to take Apple’s proprietary ‘blue bubble’ iMessage service beyond its home turf of the Apple ecosystem.

Apple has been particularly stubborn about launching iMessage on other platforms like Android, and rumours of the iPhone maker opening expanding the reach of iMessage have failed to bear fruit time and again.

AirMessage does not intend to replace iMessage on platforms it is not available on — rather, it wants to push Apple to make iMessage officially available on any and every platform, online, and to everyone.

While Apple has deployed an impeccable security system to iMessage and its inner workings, the company’s prized messaging service is far from perfect. AirMessage founder Cole Feuer believes that if Apple opens iMessage up to third-party developers, they may be able to improve the service in new ways.

Feuer, who hails from Ottawa, Ontario, developed AirMessage when he was just 15. Apple is not so keen on losing its exclusivity with iMessage, and believes that bringing the service to other platforms will make user security exponentially harder to guarantee — even more so if the service goes open-source.

AirMessage is available on the Google Play Store, where it has amassed over 100,000 downloads and a 4.3-star rating, and on the web.

As for security and privacy concerns with AirMessage? Feuer recently explained:

“I know that one of the biggest strengths of iMessage is its privacy, and I don’t want AirMessage to have to compromise on that. All communications over AirMessage Cloud are encrypted with standard TLS. AirMessage’s privacy policy states that none of your messaging data passed through AirMessage Cloud is inspected or read in any way.”

He added, “however, I understand that some users want more control over their data. As such, I’m preparing to bring the same end-to-end encryption that AirMessage uses for direct connections to AirMessage Cloud. I hope to be launching this feature shortly, though for the time being, you may inspect its implementation on the connect-encrypt branch of the server, Android app, and web app, or compile and run it yourself!”.

Here’s a video explaining how AirMessage can be set up: