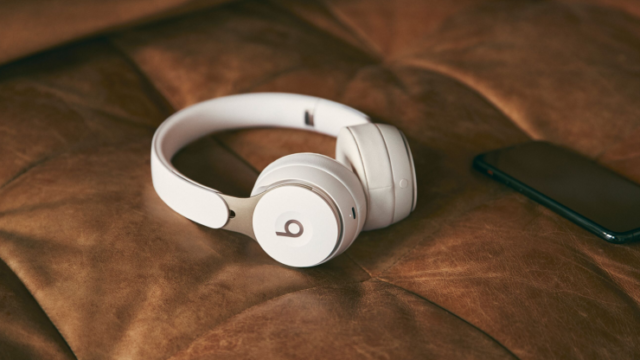 Prosser doesn’t elaborate on when we might see Apple unveil the new AirPods Studio, although recent rumours have suggested that Apple would unveil the new headphones alongside the iPhone 12.

Looks like Apple is sticking with the “AirPods” branding for their new over-ear headphones.

A previous report in Bloomberg says that Apple will offer a pair of over-ear headphones with noise cancellation. There will be one version focused on high-fashion and another model focused on fitness. However, both headphones would offer swappable ear pads and headphone padding, something Bose does not offer.

The fashion-focused AirPods Studio will be crafted of “leather-like fabrics” while the sport headphones would have more “breathable materials.” In addition, the AirPods Studio may have a retro aesthetic, with oval-sharped ear cups that are joined to the headband by thin, metal arms.

There have been previous reports that Apple would be offering an “AirPods X” model targeted at the fitness crowd, so it’s very possible that the AirPods Studio is the true Bose competitor. In a response on the Twitter thread, Prosser confirmed that the AirPods X “are sports oriented and won’t be coming until later in the year.”

Food delivery service DoorDash has today announced a major change to the way it charges commissions to Canadian restaurants with a new, tiered model (via BNN Bloomberg). The company says its new tiered commission system will offer restaurants more "flexibility" and help them take advantage of digital growth opportunities. "Part of the thinking ... was to...
Usman Qureshi
56 mins ago