Back in May, Alberta launched its own COVID-19 contact tracing app called ABTraceTogether for iOS and Android. The app requires users to keep it open with a device’s screen on for it to work properly, unlike Apple and Google’s contact tracing solution which allows apps to run Bluetooth in the background.

Now, it appears the voluntary Alberta contact tracing app is being called a ‘security risk’ on iPhones, as per findings from the Office of the Information and Privacy Commissioner of Alberta (OIPC), reports Global News.

The province’s privacy commissioner, Jill Clayton, said “Despite the positive aspects, I have ongoing concerns related to the functionality of ABTraceTogether on Apple devices. We recognize the challenges AH has faced in this regard, since the safeguards required are out of its control.”

“Nonetheless, given the need to run ABTraceTogether in the foreground on Apple devices, there is a security risk. Running the app on Apple devices requires a device to remain unlocked, which significantly increases risk in case of theft or loss,” said Clayton in a statement. 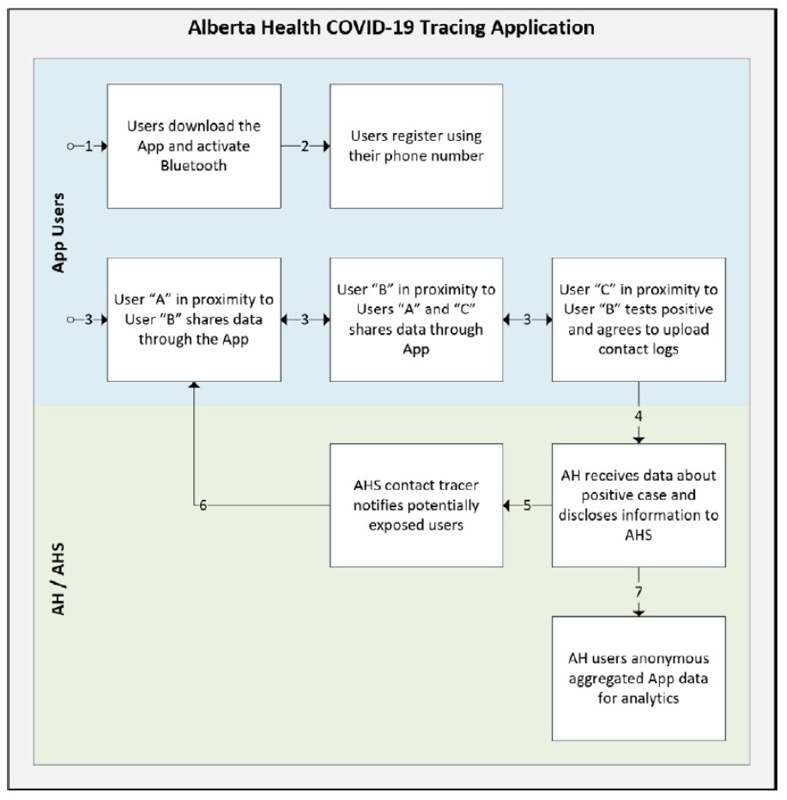 Clayton says risk on iPhones increases for employers in public, health and private sectors, which are obligated under Alberta privacy laws to set safeguards for personal information.

Alberta Health did say in May it was working with Apple and Google to improve their app and did confirm recently it is still working with the iPhone maker to let its app run in the background.

Apple and Google note they only allow one contact tracing app per country to use its technology, which allows for Bluetooth to be used in the background, thus reducing battery drain.

Back in May, civil liberty groups were concerned about the privacy risk of ABTraceTogether, which collects phone number and location data, then uploads it to a central server. The Apple and Google solution would see anonymized ‘handshakes’ between devices using Bluetooth, with the setup seeing data remaining on devices only.

Canada has adopted this Apple and Google solution, in a new app called COVID Alert, which recently saw its launch delayed in Ontario.

In response, Alberta Health said it would review the privacy commissioner’s report and make changes where applicable.