All the New AirPods Features Announced at WWDC 2021 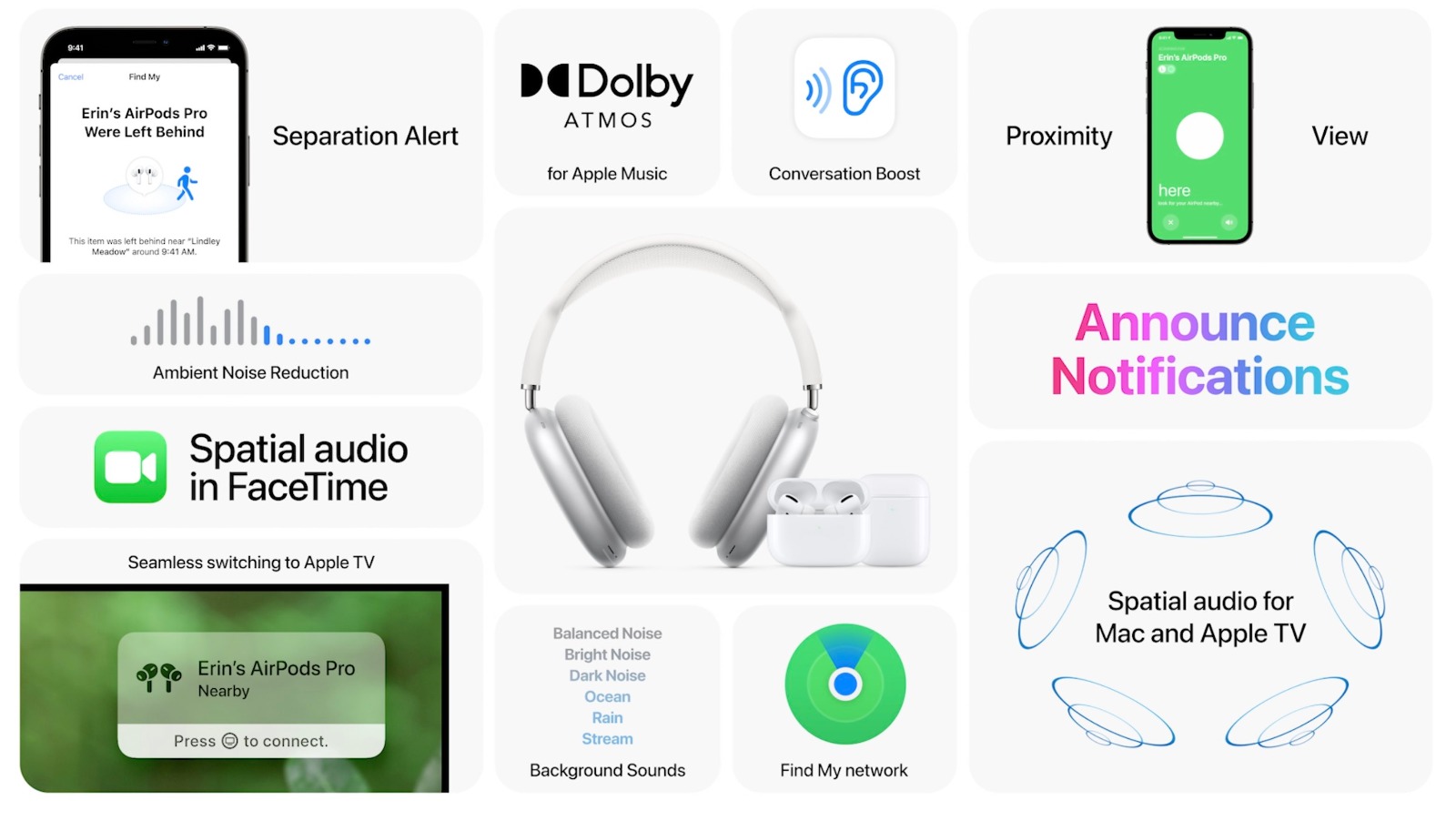 While we didn’t get any announcements for new AirPods hardware during the WWDC keynote today, Apple made up for it with a slew of new software developments and enhancements for the platform.

With four more days of WWDC yet to come, Apple has already given us a lot to unpack. Here’s some of the biggest features coming soon to AirPods:

Spatial Audio for tvOS and macOS

While the AirPods Max and AirPods Pro missed out on Lossless Audio, Apple did confirm that both products would be getting Dolby Atmos-powered Spatial Audio for Apple Music.

During the WWDC keynote, Apple announced that Spatial Audio on both offerings will also be compatible with tvOS and macOS (exclusively on M1-powered Macs, however).

According to a leaked manifest, the Spatial Audio launch event is scheduled for 12pm PDT on June 7, right after the WWDC keynote.

Following Apple’s expansion of its Find My network and the success of the AirTags, Apple has now decided to integrate the AirPods Max and AirPods Pro into the mesh.

Both products will establish an ambient connection with the Find My network — even when they’re in a case or in low-power mode, allowing users to easily locate them on the Find My map.

The AirPods will support Proximity View and users will even be able to have the devices play a chime when they get close enough. Furthermore, users will get a ‘separation alert’ on their iPhone if they end up leaving their AirPods behind.

Notification announcements are designed to work in tandem with Apple’s new Focus modes, and will respect a user’s Do Not Disturb preferences.

Available exclusively on the AirPods Pro right now, this new accessibility feature is designed to aid those who are hard of hearing.

Conversation Boost uses the AirPods’ array of microphones and proprietary algorithms to focus in on the audio from the person speaking right in front of you, and dampen ambient noise at the same time.

Other features announced for the AirPods include Dolby Atmos for Apple Music, Spatial Audio for FaceTime, enhancements to ambient noise isolation and reduction, Background Sounds, and slightly refreshed UI elements.

Most of the new AirPods features announced at WWDC are expected to roll out sometime in the autumn, but we’ll be seeing some of them sooner.

Apple may end up announcing more new features for its audio offerings, and we’ll keep updating this list as we get word of them.