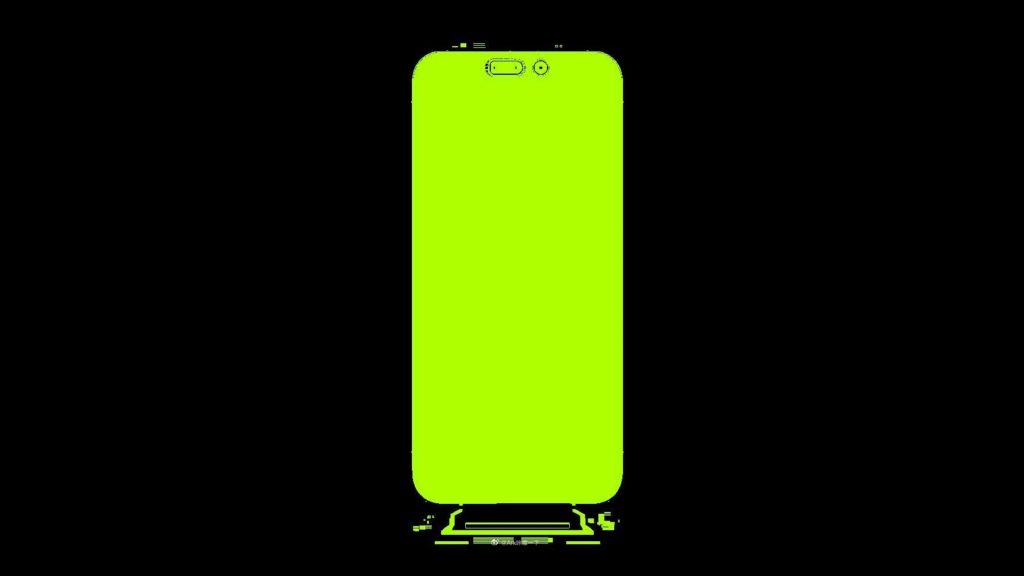 Analysts and leaks had the iPhone 14 pegged to do away with the dreaded display notch since the very beginning, but recent reports have indicated that Apple will be subbing in a “hole + pill” cutout instead of just one hole-punch cutout for the front camera. The “pill” in the new design will reportedly house the Face ID module.

Known speculation-savant Jon Prosser said in a YouTube video published on Saturday that he has “independently been able to verify” that this schematic is real and accurately represents the design Apple will use.

Furthermore, it would make sense for an authentic design schematic to surface right about now given that Apple reportedly finalized the design of the iPhone 14 earlier this week and started trial production.

Apple’s “hole + pill” cutout solution may not be as minimalistic as many had hoped the successor to the iPhone’s display notch would be, but it certainly frees up some additional screen real estate and should theoretically be less intrusive.

Apart from the new display cutout, the iPhone 14’s design will reportedly bear a likeness to the iconic iPhone 4, complete with round volume buttons and an overall thicker design that will possibly get rid of the rear camera bump for a flush backside.