MacRumors has posted two images of a yet unreleased iPhone. These at first appear to confirm the majority of iPhone 5S rumours: the interior apparently has the same logic board that leaked earlier this week, and the rear shell has a different flash window. 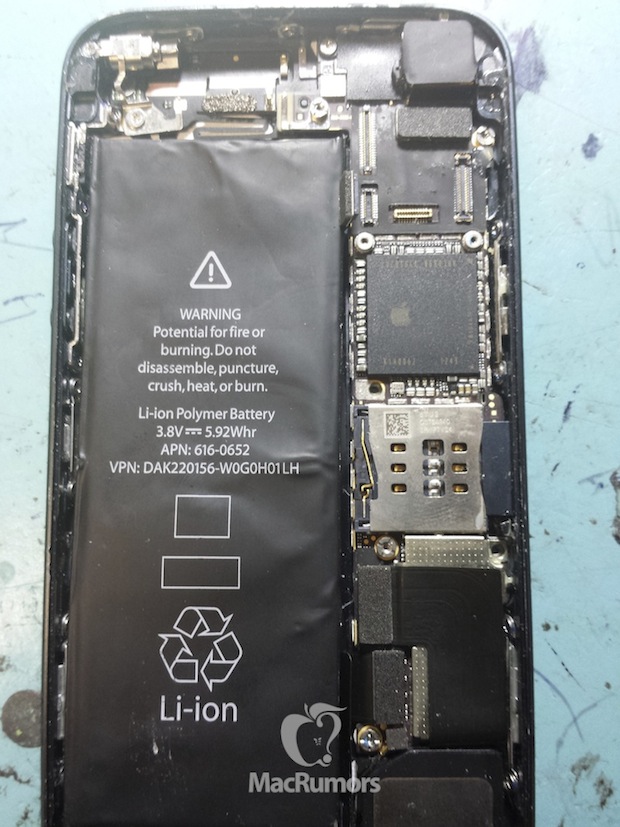 The above image shows the interior of this unreleased iPhone. At first glance it features the new logic board. As you can see, the flex cable connectors match with the pair of connectors on flex cables at the top of the iPhone 5S PCB as highlighted.

An interesting fact though: the main chip isn’t labeled, so at this point it isn’t clear whether the chip was removed or merely wasn’t printed. However, the date code information reads that it was manufactured in the 43th week of last year, much earlier than we would expect for a new generation of iPhone. On the other hand, it could also be a prototype leak as well.

The image also reveals information about the battery. As you can see, the next-generation iPhone will sport a higher capacity battery — 5.92 Whr vs. 5.45 Whr found in the iPhone 5 — although this has yet to receive final certification. 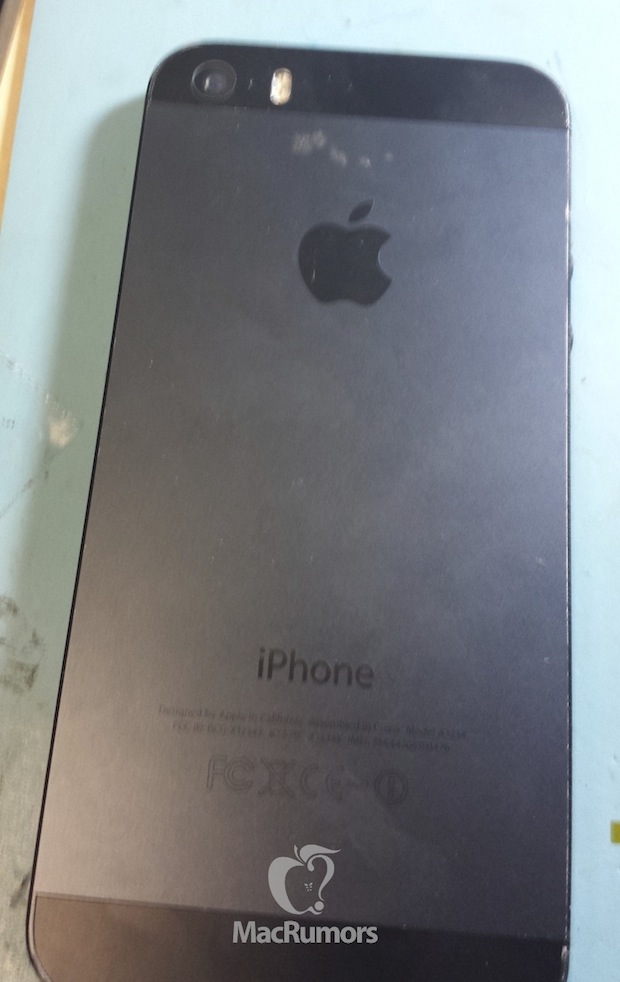 The rear shell has one notable differenciator compared to that of the iPhone 5: the leaked iPhone model suggests a dual LED flash, as it has a pill-shaped flash window resembling that seen on the leaked iPhone 5S design drawings.