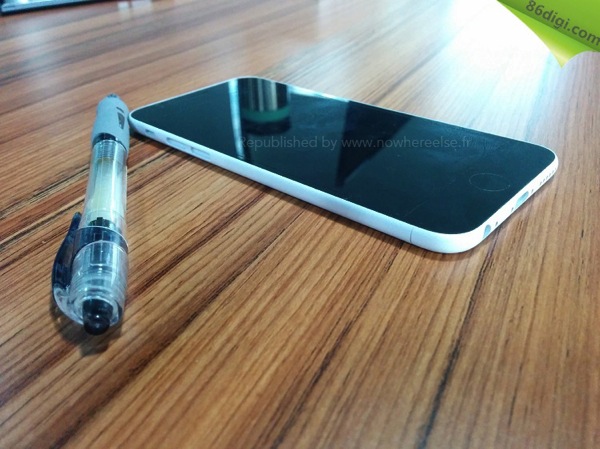 A new physical mockup of the iPhone 6 has been posted on Chinese blog 86Digi, and spotted by French site Nowhereelse [Google Translate]. The new image leak shows only what we already knew, but the video and the high-quality images give a better idea of what the highly anticipated next-generation iPhone will look like.

As reported earlier, the device will feature rounded corners and a relocated power button. Today’s report is in line with those rumours, and also shows off the rectangular volume controls on the left and the new, circular LED design on the back.

Today’s rumour indicates that this model is a copy of an iPhone 6 equipped with a 4.7-inch screen, but unfortunately does not specify its dimensions. However, it does confirm the 6 mm thickness recently suggested by a schematic plan (see iPhone 6! New sketch suggests 6 mm thickness ). I’m still not convinced of the reliability of this information (see iPhone 6: 6.1 mm thickness confirmed … or not … )

Regarding the rest, the familiar rounded-edge chassis is once again present; the volume control buttons are elongated; the circular LED power switch has been moved to one of the sides; and the two antennas, to the rear of the case.

Apple is said to be releasing two new iPhone 6 models, the rumour mill says, and we have seen a mockup of the bigger 5.5-inch model as well as an image of the smaller 4.7-inch model. The latter model is expected to launch this fall, followed by its bigger brother a couple of months later. 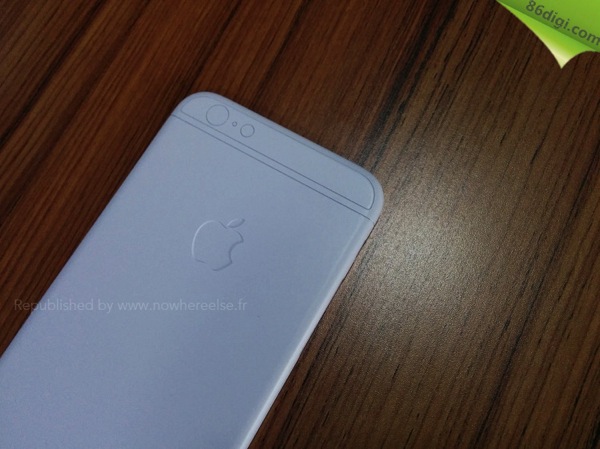 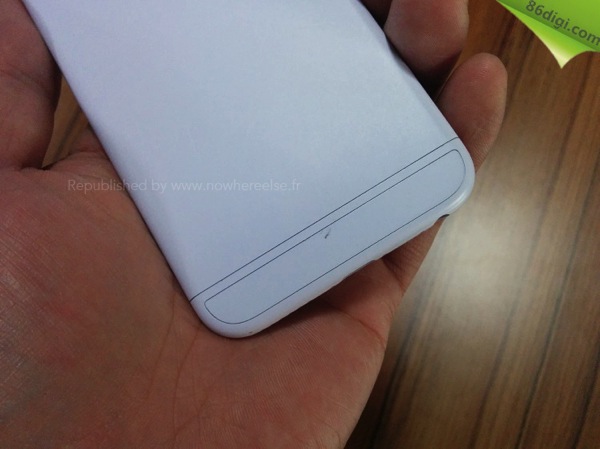 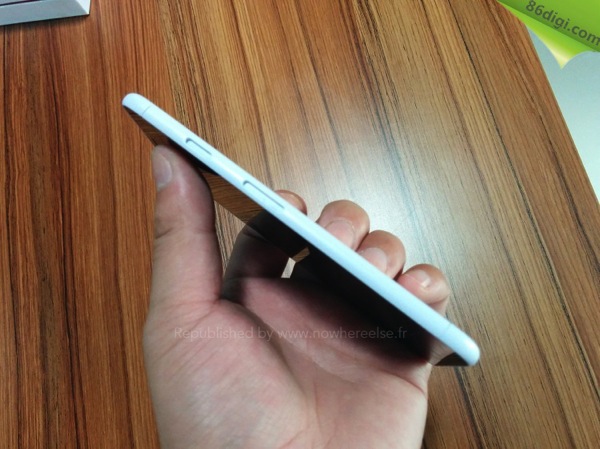