To complement the earlier iPhone 6 schematics and case leaks, Italian site Macitynet has shared a high-resolution image of a next-generation iPhone mockup.

The size of the handset wasn’t shared, but MacRumors speculates that this is the 4.7-inch model based on how it looks in the hand and compared to the iPhone 6 mockup leaked earlier yesterday evening by French site Nowhereelse. 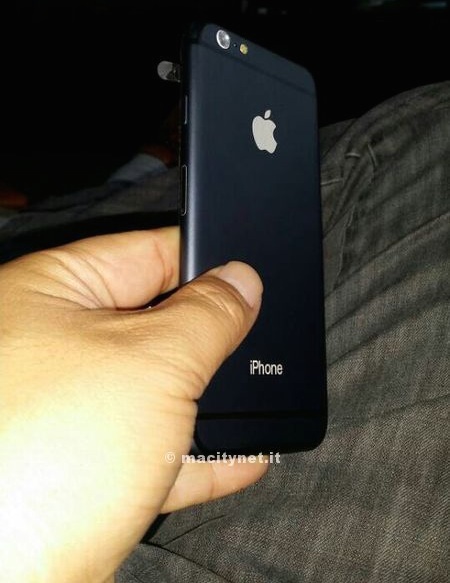 According to the Italian site, the freshly leaked iPhone 6 mockup comes from a case manufacturer. What you can see in the above image is the result of months of refinement, so this could be considered final.

The mockup confirms yet again what the rumour mill has spilled so far: The iPhone 6 will have rounded edges, and the Power button will be relocated to the upper right side of the device. It would be interesting to see some size information, but the Italian guys are busy now taking more detailed photos and measuring the mockup, so stay close.

Apple is expected to release two iPhone 6 models: A 4.7-inch model will be released later this year, while the bigger 5.5-inch or 5.7-inch model launch was allegedly postponed to next year due to manufacturing issues.