Earlier this year, Apple unveiled its first ever smart speaker called the HomePod during the Worldwide Developer Conference (WWDC), which is currently slated for release in early 2018. However, when the $350 gadget finally makes its debut, it still won’t be able to do many of the things the Amazon Echo has been able to do for years, as pointed out by Bloomberg in a recent article. 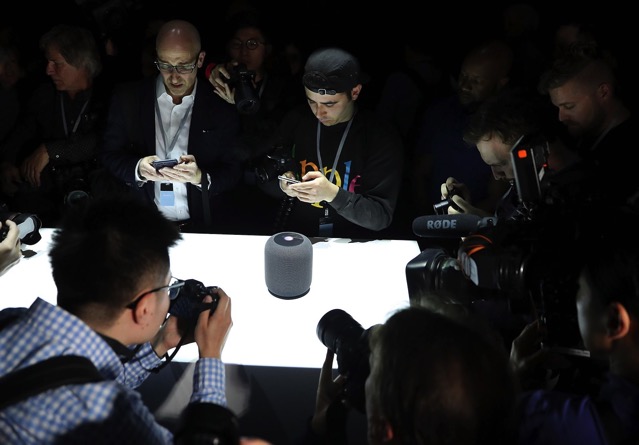 Echo, which debuted back in 2015, offers thousands of skills that allow users do all sorts of things, including buying stuff from Amazon. On the other hand, HomePod is launching nearly 3 years after the Echo and yet, it will be mostly limited to playing tunes from Apple Music, controlling Apple-optimized smart home appliances and sending messages through an iPhone. “This is a huge missed opportunity,” one of the people told the publication, who requested anonymity to discuss an internal matter.

The HomePod was originally a side project cooked up about five years ago by a group of Mac audio engineers, who wanted to create a speaker that sounded better than the ones sold by the likes of Bose, JBL and Harman Kardon. Side projects aren’t uncommon at Apple, where employees are encouraged to follow their muse so long as their day jobs come first.

Apple has told suppliers it expects to ship four million HomePods in 2018, according to a person with knowledge of the matter. Taipei-based Fubon Securities analyst Arthur Liao predicted those production numbers earlier this month. By comparison, Amazon has sold an estimated 15 million units since going on sale in 2015, according to analysts at CIRP LLC.

Apple may eventually add some unique features to the HomePod, but until that happens, it will be playing catchup in a category dominated by the likes of Amazon and Google.