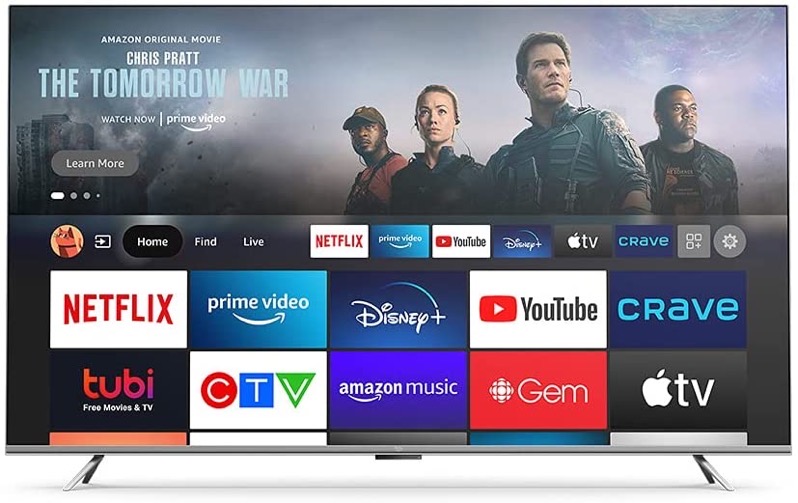 Amazon announced yesterday its own lineup of 4K televisions, the Omni Series and 4-Series, along with a new Fire TV Stick 4K Max.

Part of the announcement also included upcoming new Alexa features, which the company told iPhone in Canada in an email, “will make it even easier and more natural to find great content, without picking up the remote.”

Amazon’s Alexa is now bringing TikTok support to Canada. You will soon be able to say, “Alexa, play TikTok” and watch videos on Fire TV. Previously, this was only available in the UK, Germany and France, a first on Fire TV. But the expansion will soon reach Canada and the USA. You’ll be able to view and discover TikTok feeds and use AutoPlay to watch endless videos.

“Alexa, Play Something from Netflix”

Also coming soon is what the company says is an exclusive feature on Fire TV this fall for Netflix customers. By saying, “Alexa, Play Something from Netflix”, you’ll be able to watch a curated show or movie on Fire TV, based on your profile that’s generated with algorithms by the streaming service.

Netflix announced the “Play Something” shuffle feature back in April, but only within the Netflix app on TV-based versions of the app and some Android devices. Now it will soon land on Fire TV (it has yet to hit Netflix on Apple TV, Roku, etc).

Check out the links below to learn more: