As Apple prepares to announce its first-calendar-quarter results, analysts are making their best estimates at the number of iPhones the company sold during the first three months of 2016. Actually, the numbers are lower than expected, as Wall Street analysts and independents are expecting Apple to reveal that sales and profit fell during the past quarter.

That would be the first quarter of low sales and falling profits for Apple in thirteen years: The last time Apple it happened was during the first quarter of 2003, a CNN Money article says. Wall Street analysts are expecting a rare result for the past quarter: double-digit sales loss, which Apple hasn’t suffered since the fall of 2001. 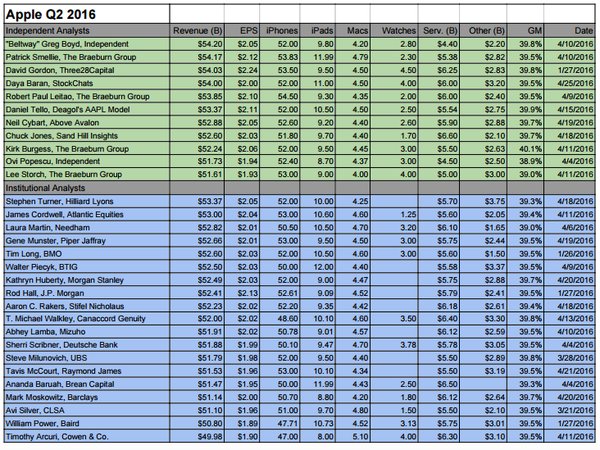 The lowest iPhone sale estimate comes from Timothy Arcuri of Cowen & Co. with 47 million, and the most positive forecast comes from Gene Munster of Piper Jaffray with 53 million units.

So, how many iPhones did Apple sell in fiscal Q2 2016? We will find out tomorrow.