Apple may not be able to put a dent in the Chinese smartphone market with the iPhone 5 as analysts previously expected. As you may recall, earlier rumors speculated Apple would close a deal with the world’s largest wireless carrier, China Mobile. But according to Peter Misek, this isn’t going to happen. At least not for now. 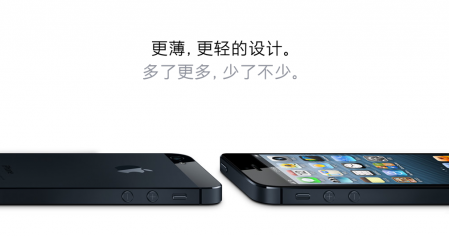 In a research note issued today to investors, Peter Misek of Piper Jefferies & Co. raises serious questions about the iPhone 5 being China Mobile compatible this year.

“The roadmap suggests no iPhone 5 at China Mobile in H1:13. QCOM noted that they are unlikely to gain much TD-SCDMA (China Mobile’s 3G technology) penetration until the ramp of TD-LTE, which is not expected to start wider trials until H2:13 with a full ramp later). We do not believe the lack of the iPhone 5 in China is due to any business or technical issue but rather is a political decision. We had hoped China Mobile would represent potential upside in 2013, but due to the uncertain timing, we did not include any units in our iPhone estimates and leave our model unchanged, Misek informed investors.

Misek’s note is contrary to yesterday’s note signed by Morgan Stanley’s Katy Huberty, which stated that the China Mobile deal would be a catalyst in the second half of 2013.

“Distributors expect iPhone 5, with its new form factor, and iPad Mini, with a lower price, to sell well in China. The industry expects the Chinese government to issue LTE licenses in 2H13, which likely coincides with an iPhone distribution agreement with China Mobile” Huberty wrote yesterday.