A new Buzzfeed profile of Apple’s retail chief Angela Ahrendts provides a look into the executive’s move from Burberry, her partnership with Apple’s design head Jony Ive, and the various inspirations for her retail approach from late Apple CEO Steve Jobs. 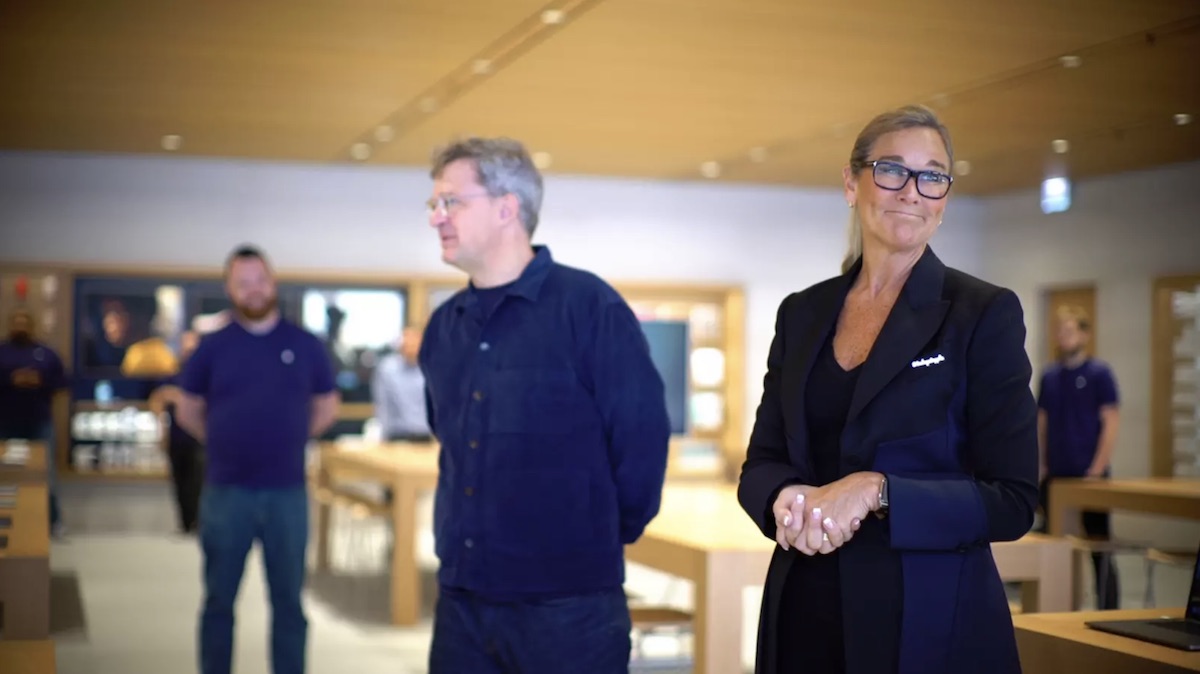 When Ahrendts was first chosen to head up Apple’s retail operations, she recalled that Apple design chief Jony Ive gave her one constraint on what she could change.

“In one of those very early conversations,” Ahrendts recalled, “Ive said, ‘Don’t mess with the tables. They’re the same tables we used in our design studio and I love that it goes from the studio to the stores.’ He said, ‘They’re sacred.’”

Over the past couple years, Ahrendts has changed parts of Apple’s retail strategy, including details such as changing employee t-shirts to a softer material, as well as removing lanyards so employees can “make a human connection” with customers.

In the same vein, a former Apple Genius said that while removing these lanyards made their uniforms “cleaner,” the reality was that Apple Stores receive such a high amount of customers every day that connecting with each one is very difficult.

This new approach to Apple’s retail strategy begain with the late Steve Jobs, explains Ahrendts. She compares the brick-and-mortar locations as Apple’s “hardware,” while the inner workings of the store, such as the Today at Apple programs, as the company’s “software.”

“Ahrendts’s approach to retail harkens back to the late founder Steve Jobs’ insistence on building ‘the whole widget’ — in other words, constructing the look and feel of a device, as well as making the operating system and the processor that runs it, in order to fully optimize — and control — the entire user experience,” reads the report.

“This is our hardware,” Ahrendts said, gesturing towards an Indianapolis Apple location. “Then you say, ‘What’s the software of the store? How do we turn it on?’ Because this unto itself is magnificent, but it’s not just what it is, it’s what it does,” referring to the Today at Apple program.

Uber Canada has renewed its commitment to Driving Change, a multi-year, multi-million dollar campaign where the ride-hailing giant partners with leading sexual assault and domestic violence partners around the world. In Canada, Uber is extending its ongoing partnerships with YWCA Canada, WomanACT, EVA BC, and Le Chaînon with $450,000 (CAD) over the next two years....
Usman Qureshi
6 mins ago