As pointed out by MacRumors (via iGen.fr), Apple has recently updated the official Aperture page on its website to once again confirm the app’s removal from the Mac App Store, as soon as it releases the Photos app for OS X later this year. Apple notes that once the app is pulled from the App Store, it will no longer be available for purchase by new customers. However, existing customers will still be able download it from the “Purchases” tab. 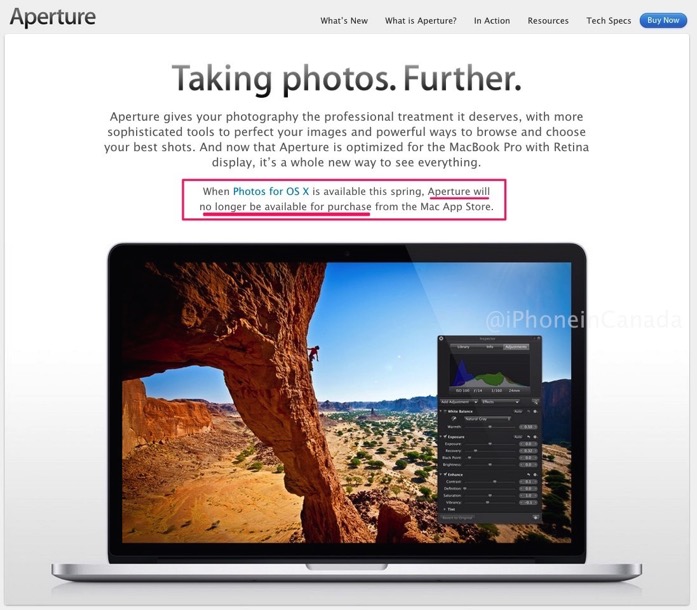 Last week, Apple released OS X Yosemite 10.10.3 to developers, which included the Photos app. Early beta testers of the new app report that the Photos app for Mac brings a complete revamp of how you organize, edit, and share photos and videos on the Mac. Apple has also launched a new Photos page on its website, offering a preview of what users can expect, as the new software is “coming this spring”.