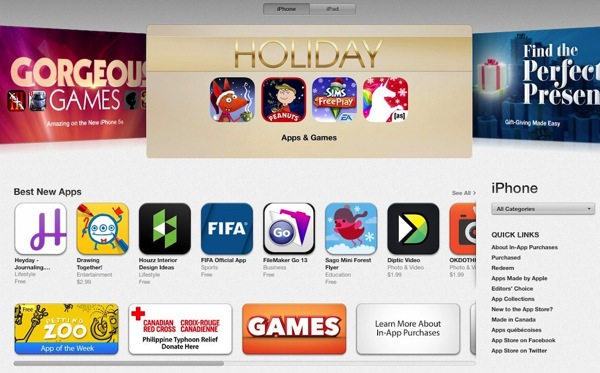 Of these apps, Appsfire details 413,000 were optimized for the iPad (either universal or iPad specific) and 1.4 million apps have been approved by Apple to date. To put these numbers into perspective, Google’s Play Store has 881,000 live apps and 1.17 million app approvals.

Earlier this year in May, Apple announced the App Store had surpassed 50 billion app downloads.

Apple and Facebook could have become business partners in what would have been an extremely lucrative advertising venture — reports The Wall Street Journal. According to the publication, Apple proposed several ad revenue-sharing arrangements to Facebook over the years. Apple execs reportedly said they wanted to "build businesses together." The two tech giants even discussed...
Nehal Malik
18 hours ago

Dropbox support has just confirmed that a public beta with full support for macOS will be released in Q4 this year, making the desktop app fully compatible with macOS 12.3 (Monterey). Dropbox users on macOS 12.3 see a compatibility warning about the Dropbox system extension, which results in users being unable to open online-only files stored...
Usman Qureshi
18 hours ago

WhatsApp has simplified the process of setting up Disappearing Messages by allowing users to set default Disappearing Messages for new and existing chats all at once. Users can now choose their duration timer and then select and apply it to whichever chats they want. For those who aren’t familiar, WhatsApp lets you send messages that disappear...
Usman Qureshi
18 hours ago