Apple has shared a master list of new upcoming 2019 smart TVs which will be AirPlay 2-enabled out of the box. The company has made surprising announcements at CES 2019, partnering with Samsung (they get exclusive iTunes Store access), LG, Vizio and Sony to further reach into your living room. 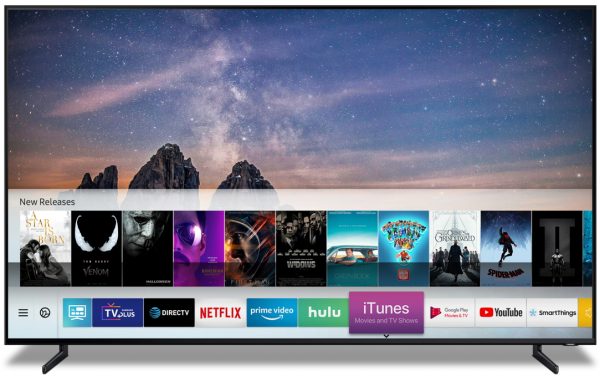 The list below was spotted by MacRumors and details announced 2019 televisions coming soon. If there is a time to buy a new TV, it’s probably this year as a TV with AirPlay 2 and HomeKit essentially offers functionality previously found in an Apple TV.

The list below are all models “announced” this year at CES, plus older models from 2017 and 2018 which are set to gain support through a firmware update for AirPlay 2:

This list could grow as CES 2019 is still underway, as other smaller TV manufacturers such as Toshiba, Sharp, Panasonic and TCL could also have upcoming partnership announcements. Apple is rumoured to launch a streaming media service and with so many TVs getting AirPlay 2 support, iOS users will be able to easily mirror content to their televisions to easily consume content.