Apple Devices Saw the Most Activations During the 2017 Holiday Season

It seems as if Apple cleaned up during the 2017 holiday season, as new data shows that Apple devices accounted for 44 percent of smartphone and tablet activations during the week leading up to Christmas Day. 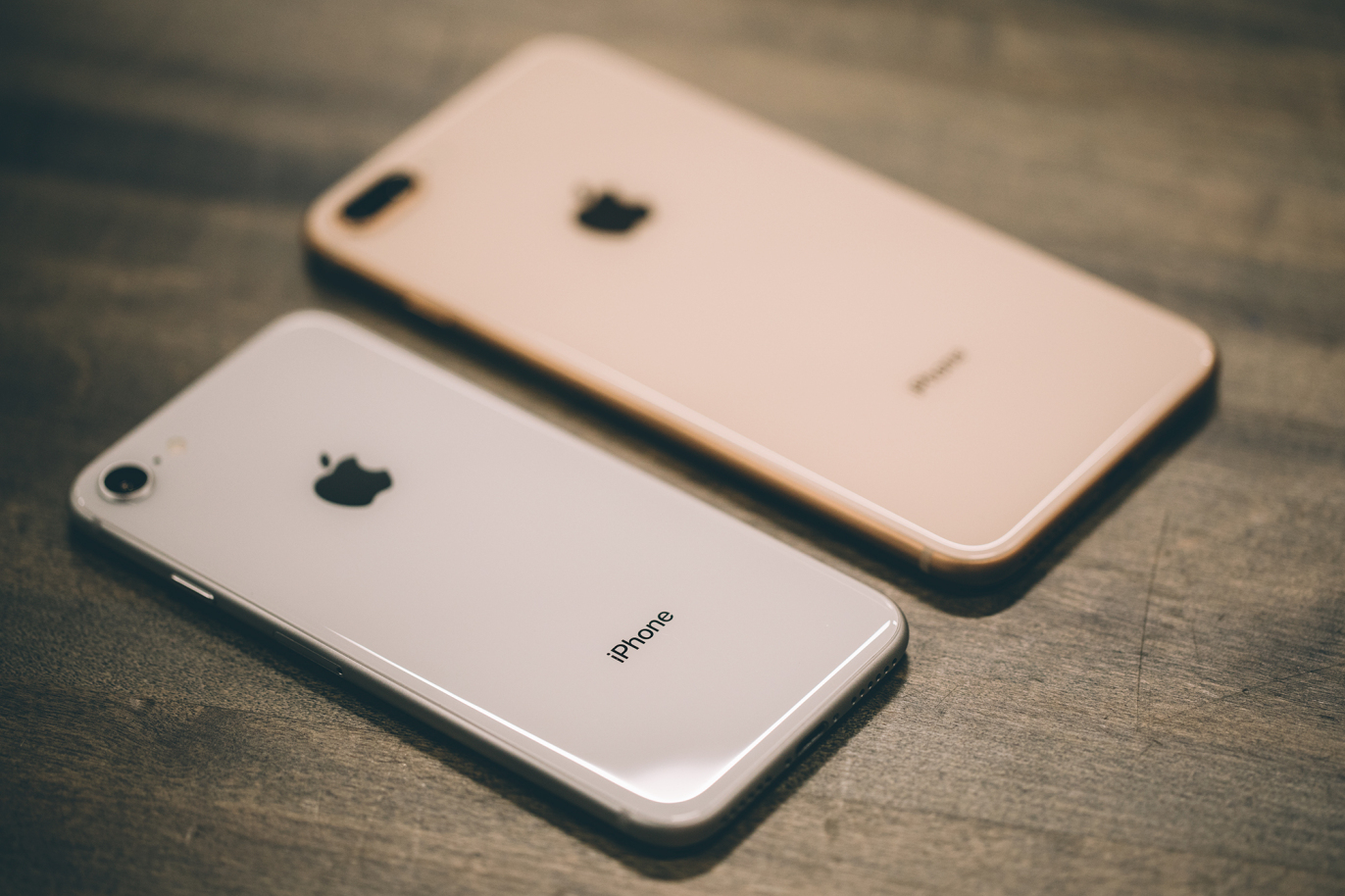 According to new data from Flurry Analytics, a third of Apple device activations included the iPhone 8, 8 Plus and X. Interestingly, the iPhone 7 and iPhone 6 actually took the top two spots in terms of Apple activations, at 15.1 percent and 14.9 percent, respectively.

Samsung came in at a distant second place with 26% of activated devices, and all other phone and tablet makers scored in the single digits with Huawei, Xiaomi, Motorola, LG, Oppo, and Vivo each falling between 5% and 2%. Google, meanwhile, was missing from the list of top devices over the holiday season, despite the arrival of the Pixel 2. Flurry says its analytics are used by over a million mobile apps across 2.1 billion devices. 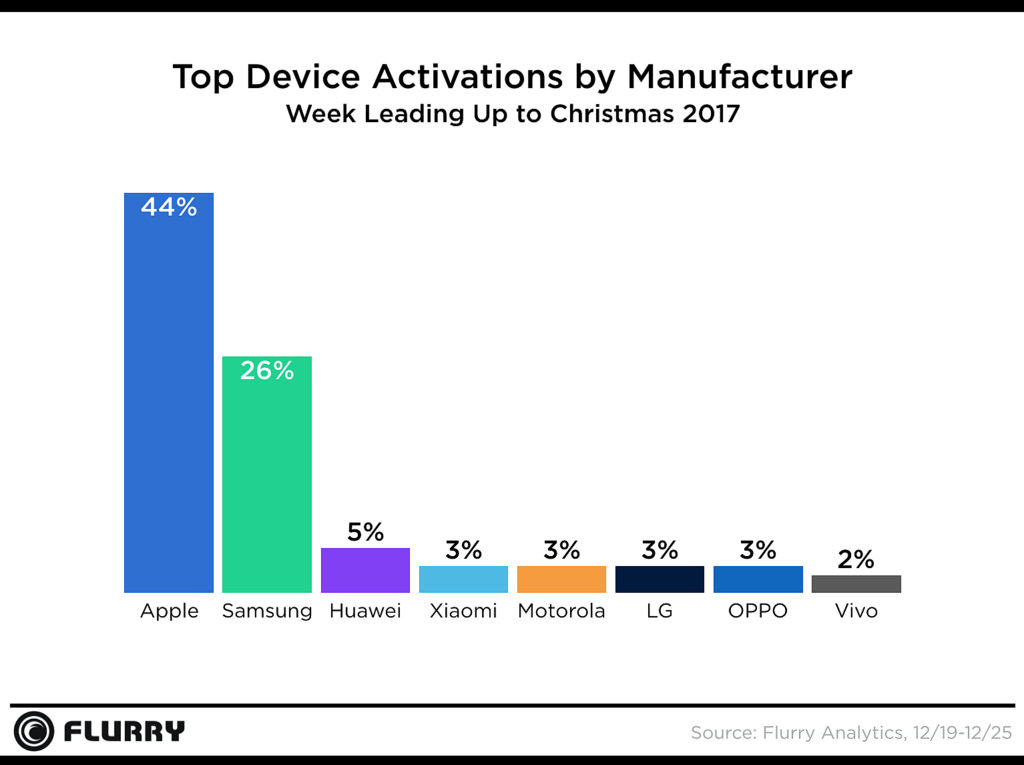 “Similar to last year, 44% of new phone and tablet activations were Apple devices,” reads the data. “While Samsung dominates global market share, they fell short as the gift of choice during the holiday season, with only 26% of activated devices in the lead up to Christmas. Samsung’s activation rate is up 5% from the 2016 holiday season, which can likely be attributed to the 2017 introduction of the Galaxy S8 after the late 2016 recall of their malfunctioning Note devices.” 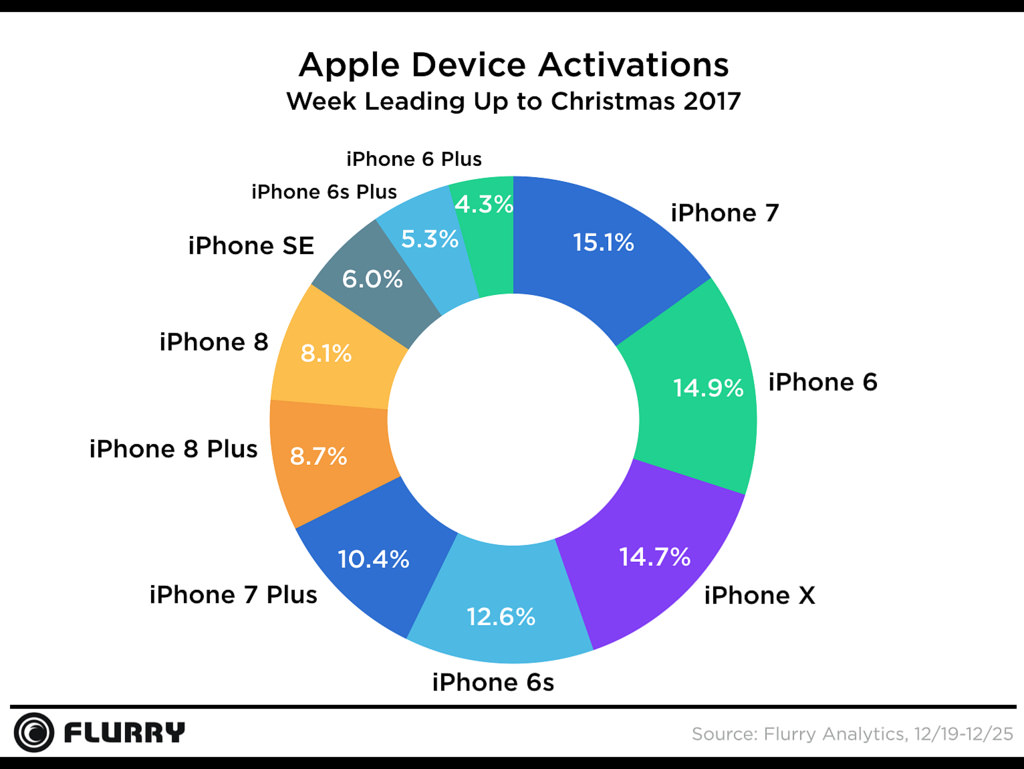 The surprisingly high number of iPhone 6 and 7 activations are largely due to the affordability of the older models and their availability in markets outside of the United States and Canada. It’s still fairly remarkable, however, to see a device like the iPhone 6 seeing so many new activations. That points to a sizable market that’s choosing an iPhone based on cost, primarily.

Check out the full report at Flurry for more details.