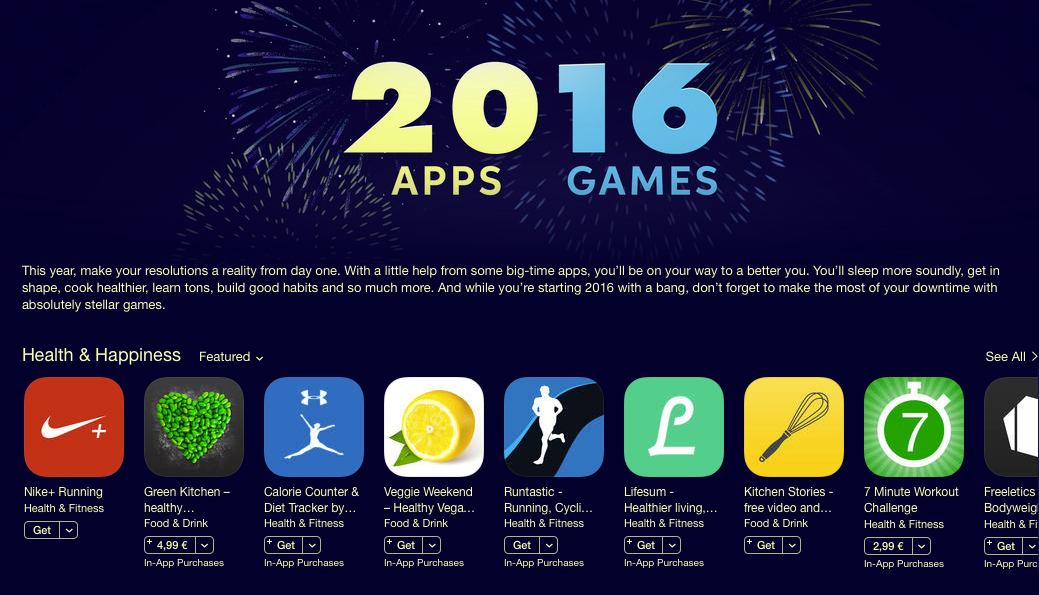 Apple has today announced that the 2015 holiday season was the biggest ever for the App Store, setting new records during the holiday season. Customers spent over $1.1 billion on apps and in-app purchases in the two weeks ending January 3.

“The App Store had a holiday season for the record books. We are excited that our customers downloaded and enjoyed so many incredible apps for iPhone, iPad, Mac, Apple Watch and Apple TV, spending over $20 billion on the App Store last year alone,” said Philip Schiller, Apple’s senior vice president of Worldwide Marketing. “We’re grateful to all the developers who have created the most innovative and exciting apps in the world for our customers. We can’t wait for what’s to come in 2016.”

The company also announced that, to date, it has paid nearly $40 billion to developers since 2008, with one third of the amount paid last year alone.