A comprehensive article over at Wired has shared the inside story of how Apple is relying on Ron Moore’s space-race drama ‘For All Mankind’ to get its Apple TV+ video-on-demand streaming service the kind of attention it seeks once it goes live on November 1 in over 100 countries and regions. 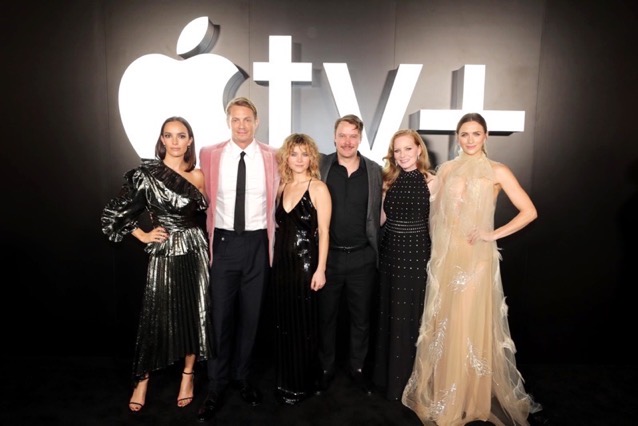 Last week, the company also held a Hollywood premiere for its upcoming original and shared some images of the event in a press release. The project is not only bigger and riskier than anything Moore has created, but is also “the launchpad for Apple’s own moon shot,” as Wired puts it.

For All Mankind’s concept began with Moore’s Battlestar Galactica miniseries, which ran on the Syfy channel back in 2003. The miniseries ended on the cliff-hanger revelation that a crew member was actually a humanity-fleeing murderous robot i.e. a Cylon.

With the new series, Moore imagines how our society might look today had the space race never ended.

“It’s at once rueful and optimistic, a journey that undoes decades of declining ambition by imagining how an alternate past spawns a new future.

Even as business and entertainment pundits wondered aloud why the company seemed to be floundering in its attempt to go Hollywood, Ron Moore kept his head down, working to make For All Mankind into an unrestrained, uncompromising thought experiment.

“It’s an aspirational show,” Moore says. “It says, ‘Wouldn’t this have made us a better country and a better world if we had done all these things?’”

You can read the lengthy article in full at the source page. In the meantime, check out the show’s official trailer below if you haven’t already and tell us what you think.