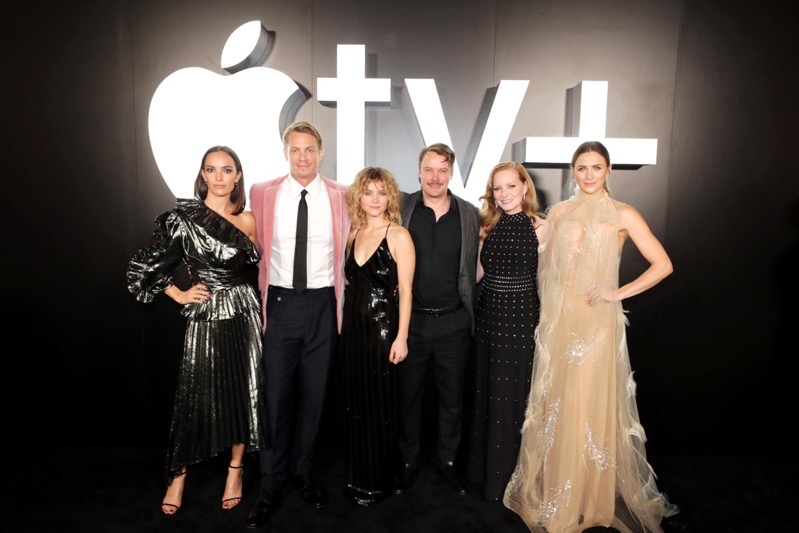 Apple tonight held a Hollywood premiere for its upcoming original, “For All Mankind”, and shared some images of the event in a press release.

Apple premiered “For All Mankind” today at the Regency Village Theater in Westwood, California. Coming exclusively to Apple TV+ on November 1, “For All Mankind” is a captivating “what if” take on history from Golden Globe nominee and Emmy Award winner Ronald D. Moore. Told through the lives of astronauts, engineers and their families, “For All Mankind” imagines a world in which the global space race never ended and the space program remained the cultural centerpiece of America’s hopes and dreams.

Apple is hosting its first Hollywood premiere tonight, for its space drama For All Mankind. All guests get mini champagne bottles and metal straws. (And popcorn.)

According to Deadline, “For All Mankind” has already been renewed for a second season, with production already underway as of this past week or so, reports Nellie Andreeva.

Apple TV+ launches on November 1 and will be priced at $5.99 CAD per month in Canada. Those who have made select Apple product purchases will get the service free for one year.

New Twitter owner Elon Musk confirms that the revamped Twitter Blue verification system is to launch a week from today. On December 2nd, Twitter will begin manually verifying paid Twitter Blue subscribers. As part of this new system, two new verification checkmark colours will be introduced alongside the standard Blue. In a tweet, Musk revealed...
Steve Vegvari
22 mins ago