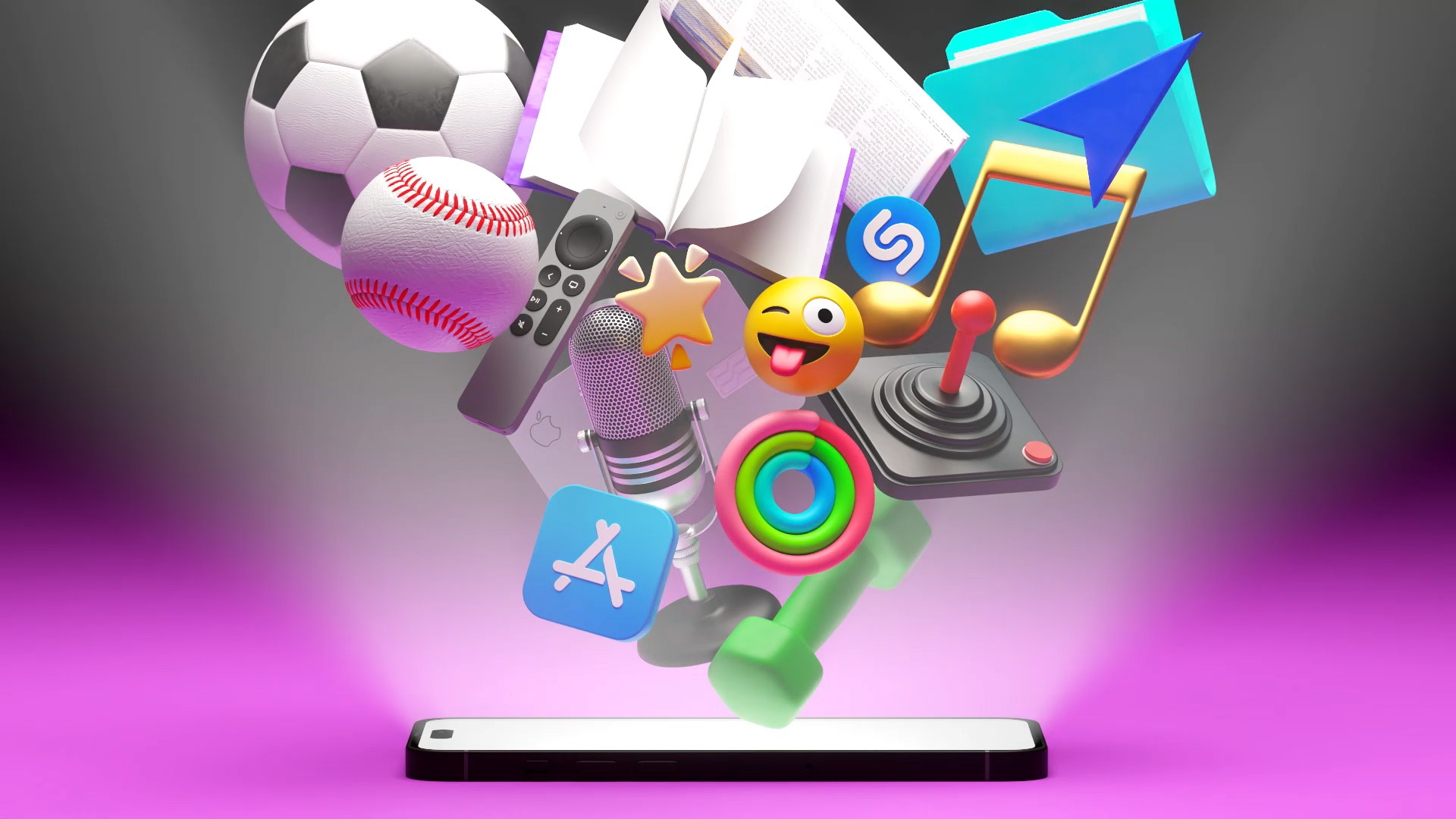 Apple today announced it hit 900 million paid subscribers across all of its services in 2022 as the company looked back at its “groundbreaking year in entertainment.”

According to the tech giant, its App Store hit a new record for visitors in the last year. Developers selling digital goods and services also saw a new all-time high in revenue from the App Store, bringing the total amount of money paid out to them by the App Store since its 2008 launch to more than $320 billion. 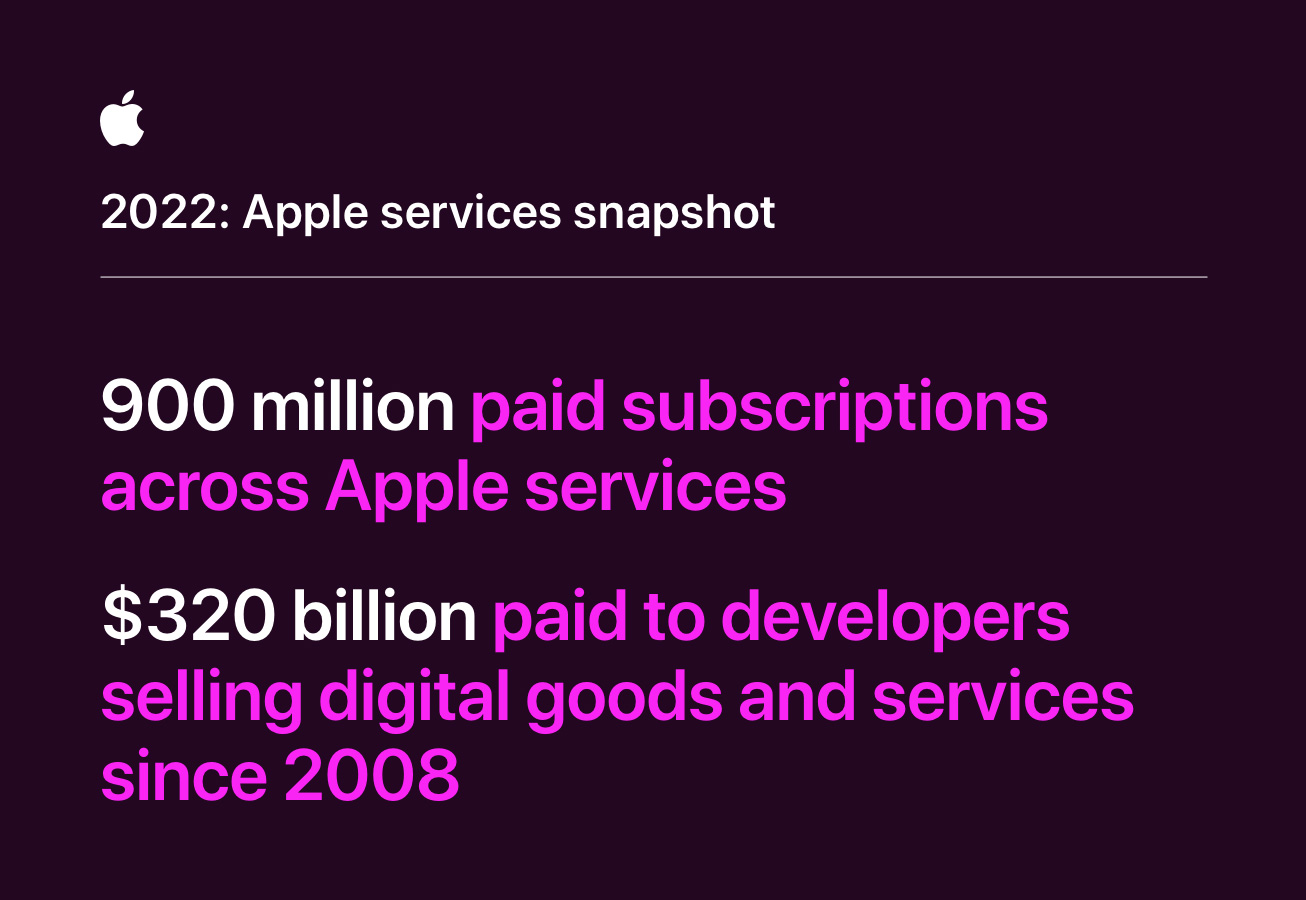 The rest of the products in Apple’s Services unit, including Apple Music, Apple News+, Apple Books, Apple TV+, Fitness+, Apple Arcade, and Apple One, also had a solid 2022, with Apple highlighting some of their achievements as well.

Apple Arcade now offers unlimited (and microtransaction-free) access to over 200 games, while Apple Music’s catalogue has grown to more than 100 million songs.

Fitness+, Apple’s premium exercise and wellness subscription, now has over 3,500 workouts and meditations. 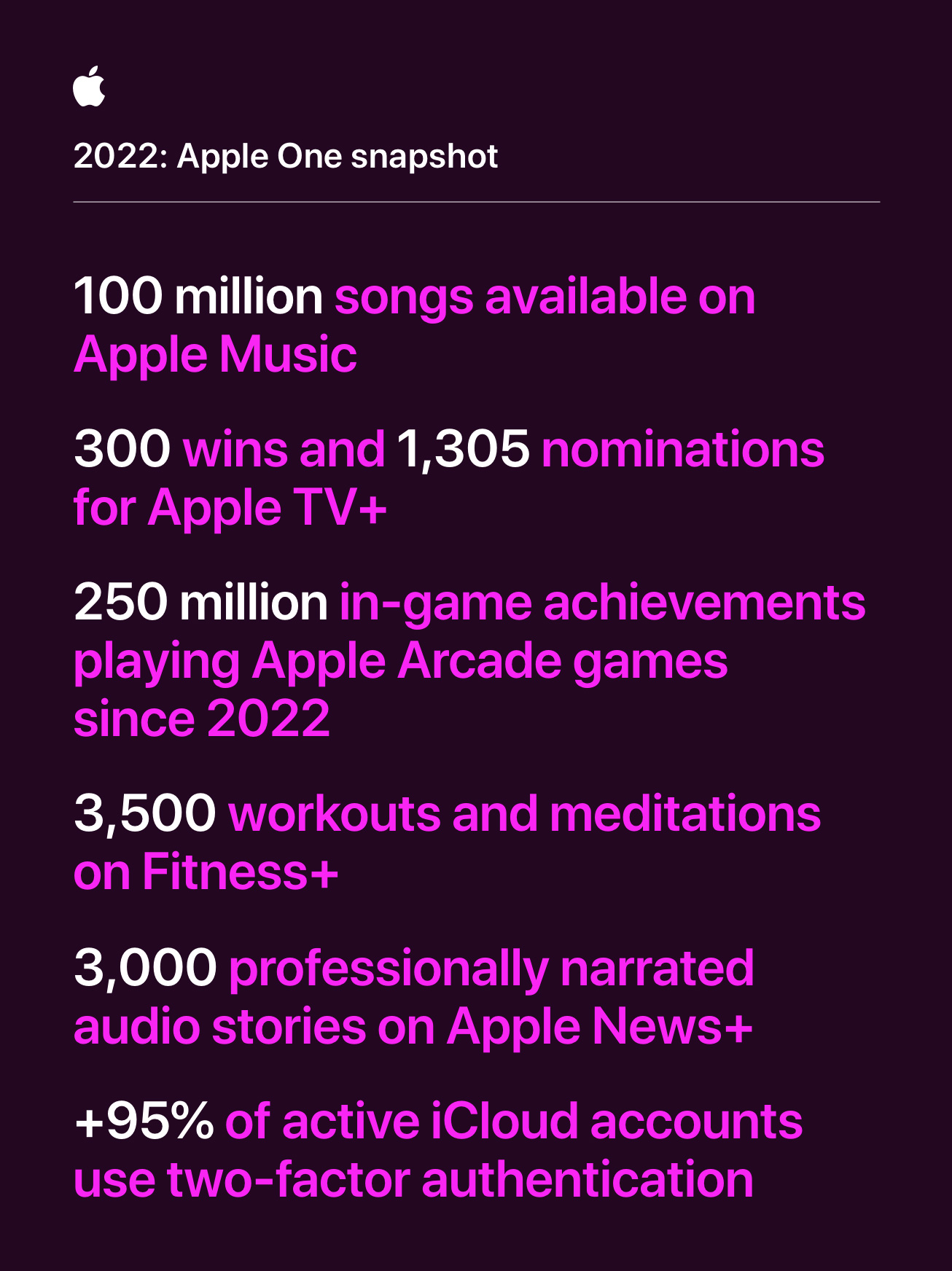 Apple TV+ had another strong year, winning 300 awards and bagging a total of 1,305 nominations. The streaming platform also made a push into sports streaming, which included an unprecedented 10-year partnership with Major League Soccer.

“When we started Apple TV+ a few years ago, we did so to tell stories that reflect our broader humanity. And whether it was CODA winning the Oscar for Best Picture or Ted Lasso winning back-to-back Emmys for Best Comedy, we have seen, in so many ways, the validation of this kind of storytelling and the strong desire for more of it,” said Eddy Cue, senior vice president of Services at Apple.

“And believe me: There’s much more to come. Moments to anticipate, enjoy, and reflect upon. Moments that will have us jumping up with excitement or at the edge of our seats, or that make us want to get up and dance. Moments that can create lasting memories and bring us closer to one another.”

According to a Monday report, Apple Services VP Peter Stern is set to exit the company later this month. Stern had been with the company for over six years and helped develop several of its subscription products. He was also majorly responsible for putting together sports streaming rights deals for Apple TV+.

You can head over to Apple’s website to check out the company’s full 2022 recap of its Services division.

Users who have updated their Macs to last month's macOS 13.2 release are reporting that their Pioneer CD/DVD drives are no longer working (via MacRumors). Apparently, the latest version of macOS Ventura is not compatible with Pioneer's lineup of USB-connected CD, DVD, and Blu-ray drives for the Mac. Apple rolled out macOS 13.2 with support for...
Usman Qureshi
37 mins ago

Orbital Knight’s Castle Crumble has just arrived on the Apple Arcade, allowing you to embark on an adventure and conquer a variety of kingdoms. In Castle Crumble your goal is clear - castles must fall. You play to become a hero in far fantasylands. 🏰 New Release 🏰 Castles. Must. Fall. In Castle Crumble from @orbital_knight, you'll...
Usman Qureshi
50 mins ago

The folks over at YouTube channel Max Tech have today shared a comparison video of the 2023 M2 Max 16-inch MacBook Pro and the MSI Z16 PC laptop. In an earlier comparison, the new M2 MacBook Pro was pitted against the M1 Max MacBook Pro, in which they highlighted the High Power Mode on the 16-inch MacBooks. The High-Power Mode...
Usman Qureshi
59 mins ago