Apple Celebrates Canada 150 with ‘Made in Montréal’ Section

The App Store’s Canada 150 celebration has taken us from various tech hubs across Canada, highlighting popular apps from each region. The newest section that launched this week is called “Made in Montréal”.

“A glittering gem of Old World culture and modern innovation in la belle province’s crown, Montréal is home to avant-garde creators of every stripe. The digital media success story of La Presse, the Jurassic-sized global gaming hits of Ludia, and the rest of the city’s visionary development scene add a certain “je ne sais quoi” to Canada’s thriving high-tech community.” 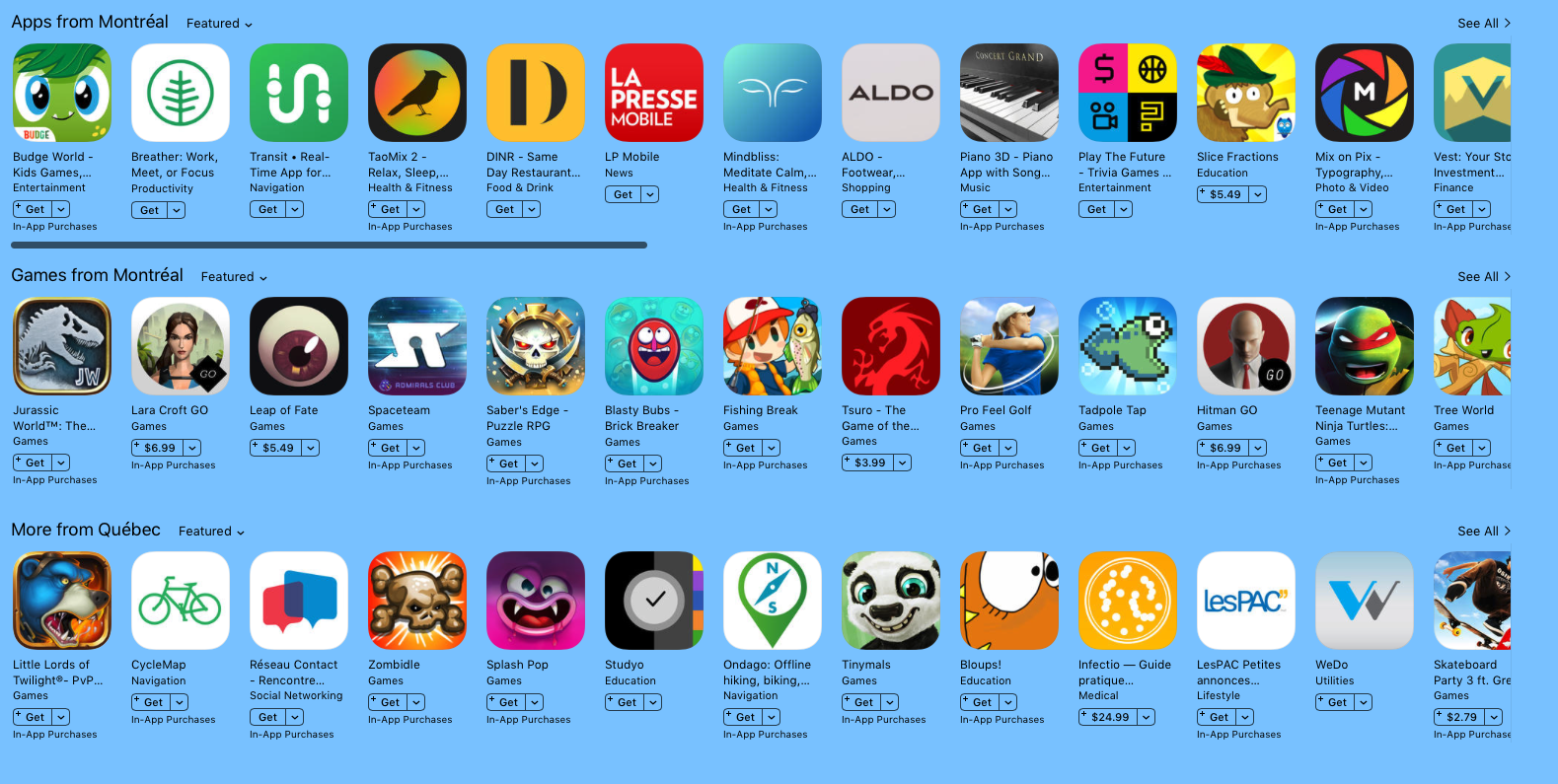 Some notable apps featured include, according to Apple:

Click here to visit the Montréal section in the App Store.