With all the recent attention Foxconn has been receiving, regarding their production of Apple products, Apple has posted a new page on their website highlighting the amount of jobs they have created in the US, with over 200,000 on those in the iOS division. 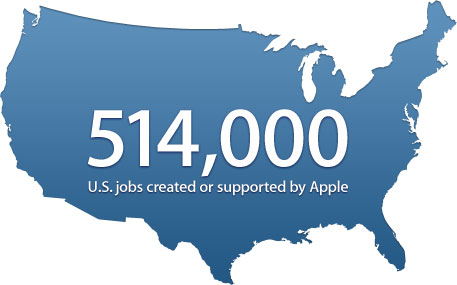 It should also be noted that the 210,000 jobs in iOS have only been created since the App Store opened in 2007. That is huge growth in just 5 years. To date Apple has paid out over $4 Billion to it’s app developers. Apple is still growing, and will continue to grow, until they run out of all the ideas Steve Jobs left behind for them. 😛