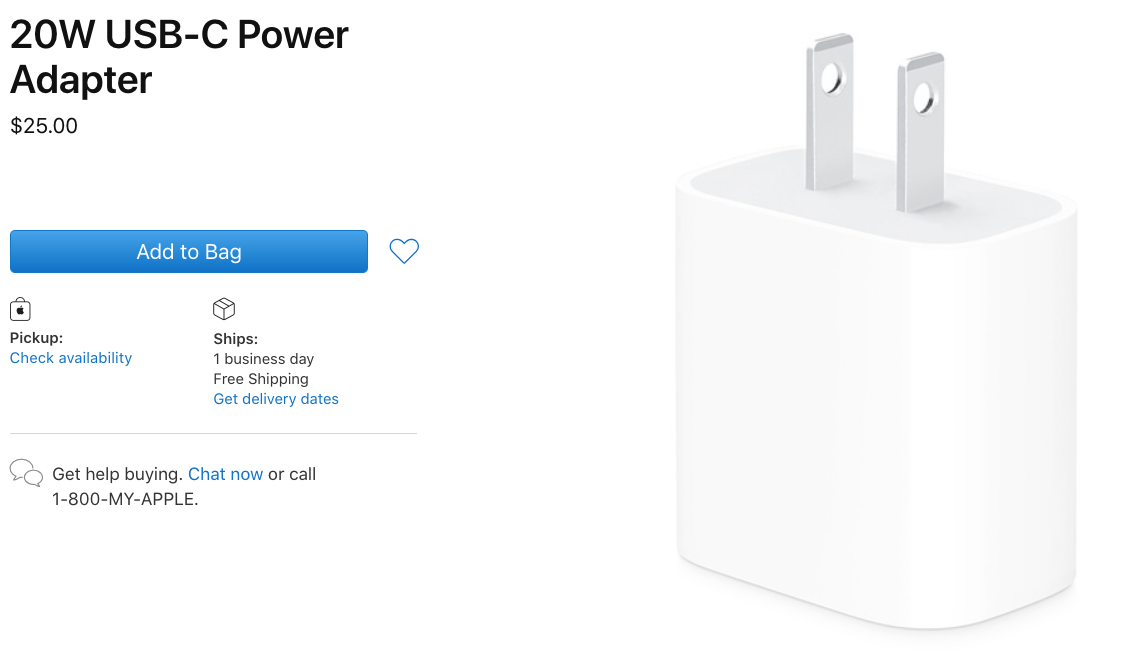 After months of rumours surrounding what accessories the new iPhones would (or would not) come with out of the box, Apple, in today’s launch event, confirmed that the new iPhone 12 lineup will ship with a USB-C to Lightning cable as the only accessory.

Apparently because of “environmental impact”, Apple has done away with the wired EarPods and the USB-C to Lightning wall charger/adapter that, up until the iPhone 11, came standard with the box. As such, Apple is now selling a 20W USB-C to Lightning power adapter separately, both online and in stores.

The new standalone 20W power adapter is cheaper than the older 18W model, with the newer model supporting all iPhone models 8 and up, as well as a host of iPad models — Apple recommends the adapter for the 11-inch iPad Pro and 12.9-inch iPad Pro (3rd generation).

Apple made the same move when it launched the Apple Watch Series 6 and Apple Watch SE a few weeks ago, stating that “the exclusion of the USB power adapter is the equivalent of taking 50,000 cars per year off the road.”

With 2 billion Lightning power adapters and 700 million Lightning EarPods already out there in the hands of iPhone users, Apple believes users will have no problems using accessories from previous purchases with the iPhone 12.

However, with the added exclusion of the EarPods from the iPhone 12 ensemble, one has to wonder — is this really a move to reduce Apple’s carbon footprint, or is this the price the end-user has to pay for a 5G-compatible iPhone?

Click here to see a round-up of Apple’s iPhone 12 pricing and release dates.

Amid the tools used by archaeologists for centuries i.e. trowels, buckets, brushes, and pickaxes, there’s a new piece of equipment, the iPad Pro, as highlighted by Apple in a new feature. “iPad is the perfect archaeology machine,” says Tulane University professor Dr. Allison Emmerson. who was part of the team that pioneered its use to...
Usman Qureshi
14 mins ago

Apple’s Stage Manager multitasking feature in iPadOS 16 is only for tablets with the company’s M1 chip, but that is now changing. According to Engadget, Apple told the publication Stage Manager is now expanding to older iPad Pro 3rd gen and 4th gen models when iPadOS 16 is released later this year. M1 iPad Pro […]
Gary Ng
58 mins ago