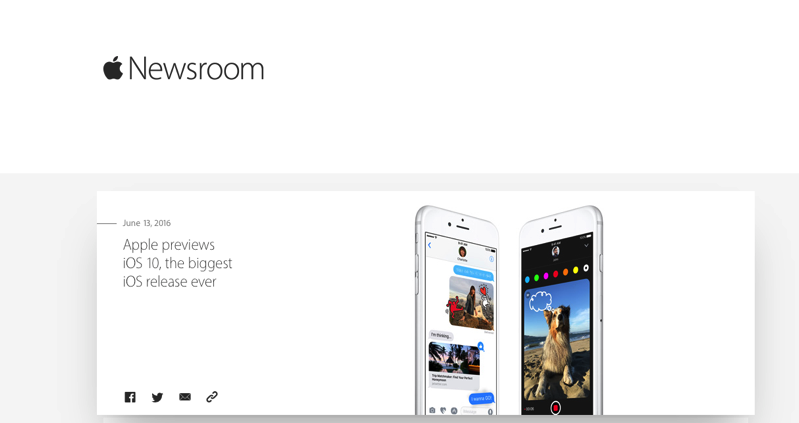 Following the jam-packed keynote that kicked off Apple’s annual worldwide developer conference, during which the company previewed iOS 10, macOS Sierra, tvOS and watchOS 3, a new page dedicated to bloggers and journalists was launched: Newsroom.

Apple’s PR page remained unchanged, but the new site is — as the company calls it — “mobile-optimized,” much more dynamic and blogger friendly. Newsroom articles have a link shortener and direct email links as well as Twitter and Facebook sharing button, which makes sharing the information much faster.

Newsroom posts also include the TIF images Apple uses with its press releases, but instead of placing them on the left side as on the “old” PR page, these images are now an integral part of the articles the PR department publishes and also available for download in the usual TIF format.