All eyes are on Apple ahead of their special event set for Monday, March 21. The event will be live streamed to iOS, OS X and Windows users, including those with an Apple TV.

The Apple Events app has now appeared on the Apple TV 2/3, while those with the latest fourth generation Apple TV running tvOS need to search for it and download on their own (via iPhonote).

Here are our screenshots as seen below–just search for “apple events”: 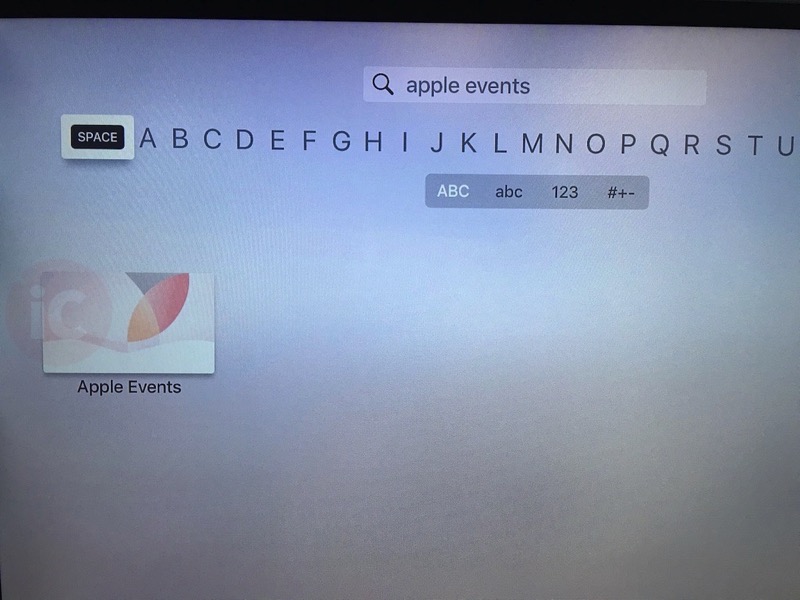 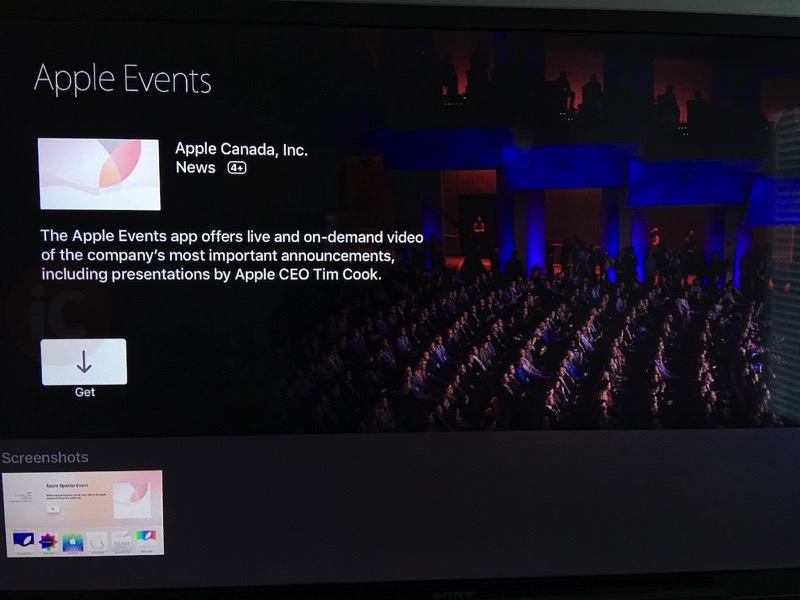 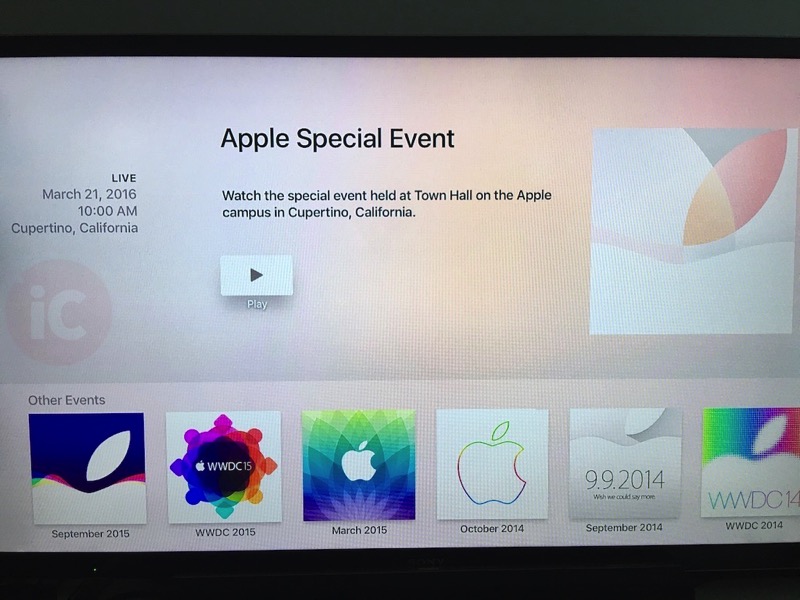 The event is set to start at 10am PDT/1pm EDT on Monday. We’ll be providing coverage of everything that’s news. Get your popcorn ready, folks.