The App Store hit 25 billion app downloads this year and once again Apple offered up a $10,000 iTunes gift card to the lucky winner, which turned out to be Chunli Fu from China. Now, it turns out Apple has flown the lucky winner from Qingdao (home of the Tsingtao brewery–yes, that beer) to Beijing to claim her prize, as noted by M.I.C. Gadget. Qingdao is southeast of Beijing, roughly 700 kilometres away.

Fu Chunli was a late iPhone adopter, and only had her phone for a month. She was new to the App Store and had no idea about the 25 billionth app download contest. Even when she was contacted by Apple notifying her that she had won–she thought it was a hoax. She only believed it when she received an email from Apple, and now the Chinese media has deemed her the ‘Apple girl’ from China.

During her flight from Qingdao to Beijing, Fu Chunli detailed her experience via the Sina microblogging service and received warm replies from her fellow citizens. She was picked up by Hertz at the airport, and later received her $10,000 iTunes gift card at the Beijing Apple Store: 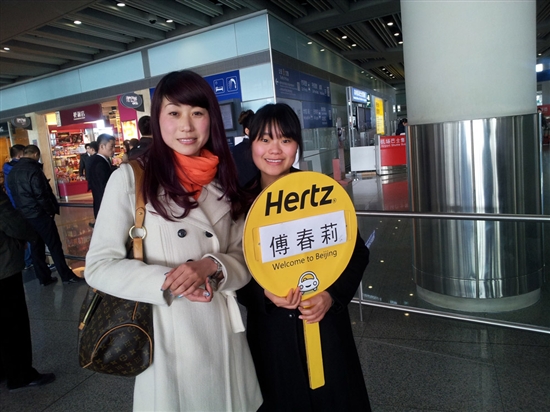 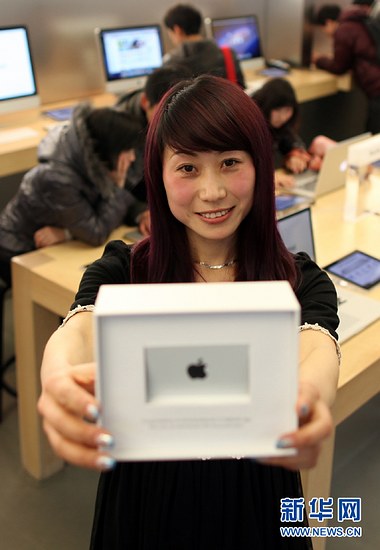 What a perfect way for Apple to get some crazy PR in China, home of 987 million cellphone users. Earlier today Apple CEO Tim Cook was spotted in China to meet with Chinese government officials.