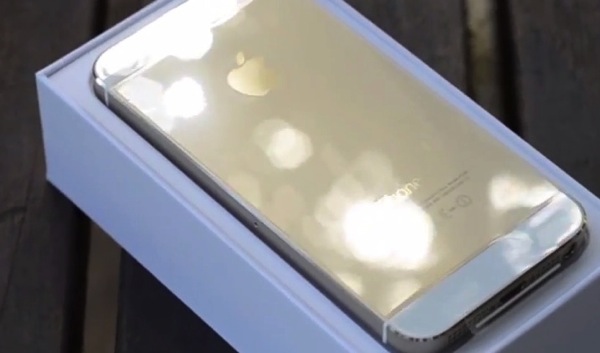 Apple has increased the production of the gold iPhone 5s by a third, as the demand for the new colour is apparently very high, the Wall Street Journal reports.

While it isn’t clear whether there are supply constraints manufacturing the iPhone 5s — except for the hit-or-miss Digitimes sources, which have heard about issues with the camera lenses — the demand is much higher than the initial launch stock of the gold iPhone 5s.

There were reports of low supply of gold iPhone 5s models from carrier sources, which some of us thought was just a smart marketing move to boost the queues in front of the Apple Stores.

But the reality looks much different: turns out the demand for the gold colour is so high that the initial stock sold out in Canada within 10 minutes of the online store starting to accept orders.

However, this isn’t just Canada: in Hong Kong this also happened in minutes, followed by the sell-out of all available models, while the US followed similar pattern.

Are we experiencing a new gold rush? Is your colour of choice gold?

[caption id="attachment_389490" align="aligncenter" width="1400"] Image: Marcus Kane[/caption] As we count down the months to the launch of Apple's long-rumoured mixed-reality headset and, with it, an entirely new product category for the tech giant, we're starting to see more leaks and concept designs pop up. The latest concept renders of Apple's "Reality Pro" AR/VR headset imagine...
Nehal Malik
15 mins ago