According to Rosenblatt Securities analyst Jun Zhang, Apple will most likely debut its next generation iPad Pro with Face ID at its annual Worldwide Developers Conference (WWDC) 2018 event in June. The analyst believes the re-designed iPad Pro with Face ID will feature slimmer bezels and no home button, similar to the iPhone X (via MacRumors). 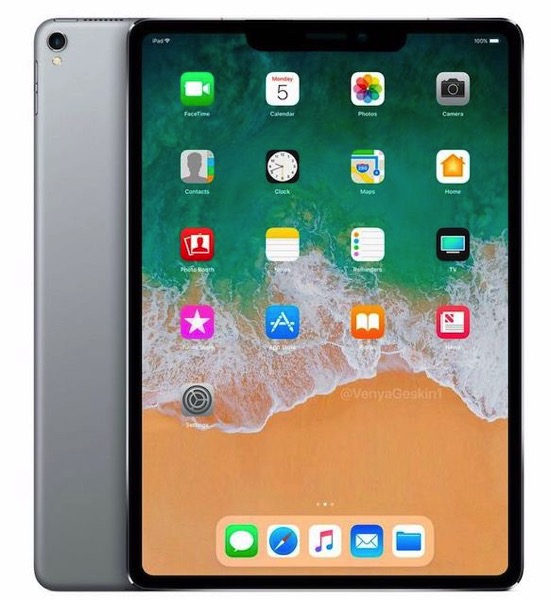 The revamped 2018 iPad Pro will likely come in both the 10.5-inch and 12.9-inch versions, although Zhang did not mention it in his research note. Furthermore, the new iPad Pros are expected to retain LCDs instead of OLED displays due to supply, cost, and technological constraints.

Also, it is not yet known whether they will have a notch for the TrueDepth sensor housing, or if they will have uniformly slim bezels on all four sides.

“There’s no word on potential pricing yet, but the new iPad Pro lineup will likely cost more than the current 10.5-inch and 12.9-inch models, which start at $649 and $799 respectively in the United States. Since the new models won’t have OLED displays, however, the price increase might not be substantial.”

Apple’s plans to release an iPad Pro with Face ID were first shared by Ming-Chi Kuo from KGI Securities last year, who claimed the release will occur sometime in 2018.