While the Cupertino company has released three brand-new iPhones this fall, it’s really easy to see that the iPhone X is the apple of, well, Apple’s eye. 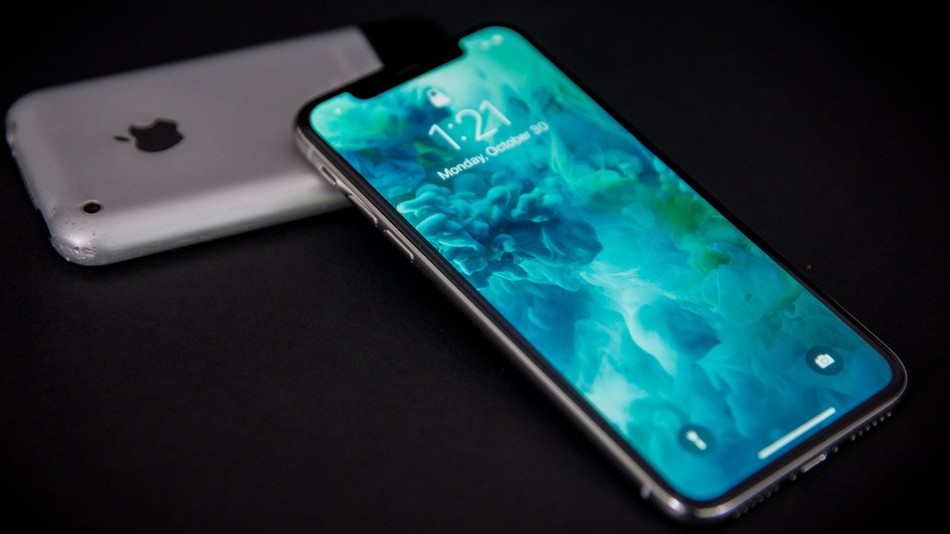 Mashable recently sat down with Apple SVP of worldwide marketing Phil Schiller and other members of Apple’s executive team including SVP of software engineering Craig Federighi, SVP of hardware engineering Dan Riccio, and VP of user interface design Alan Dye for a discussion about the iPhone X, the “most eagerly anticipated smartphone since Apple’s founder Steve Jobs unveiled the original iPhone more than a decade ago.”

“[It’s] something just entirely new,” said Phil Schiller. “I think customers were ready to have one more thing in the iPhone line that was new and very different.”

Like the majority of Apple products, the iPhone X was the brainchild of a large, collaborative group.

“It is one of those projects at Apple where you set up to do something that, at outset, you think, there’s no way we’re going to pull this off,” said Federighi. “We all knew where we were going, but there were a dozen things we knew we had to solve, and any one of them could have failed to come together.”

Depending on who is asked, work on the iPhone X really began either three years ago, or back in 2007.

Three years ago, Apple began work on a neural engine inside what would eventually become the A11 Bionic CPU. “At the time, we didn’t know exactly what we’d use it for, but because silicon takes a lot of time in the oven, we knew we had to include it back then,” said Riccio.

However, according to Schiller, the idea of an all-screen iPhone began a decade ago, after the first iPhone was released to the public. “It’s been a dream we’ve had since iPhone 1,” said Schiller. “We’ve had a dream since Day One to make it all screen, edge to edge.”

Interestingly enough, “Apple identified the moment when all the necessary technologies percolating for years were ready to make an all-screen iPhone possible,” reads the report. And that moment was going to be next year.

While Apple had the plan to release what would eventually become the iPhone X in 2018, with “a lot of hard work, talent, grit, and determination [Apple was] able to deliver them this year,” said Riccio.

Regarding the replacement of the home button, it was not something that Apple took lightly. “We didn’t replace it because it didn’t work well,” said Schiller. “We replaced it because we wanted to do something else and therefore the bar was super high that it had to be great.”

With that replacement, however, Apple had to find authentication technology that would bring iPhone security to the next level: Face ID. With the new True Depth hardware, Apple was able to reduce the false acceptance rate in authentication from one in 50,000 to one in a million

Creating an all-screen iPhone, however, did have its consequences, as the True Depth camera system intrudes a quarter-inch into the screen in what is now being called the “notch.”

The iPhone X is, without a doubt, the largest improvement on the iconic smartphone since the first iteration ten years ago. However, to create such an incredible device, Apple had to take risks.

“Yes, there’s a moment when you need to learn,” said Schiller. “[It’s a] whole new experience. Actually, love that. To me, technology is exciting when you get to not get stuck in your ways for a decade, but learn something new.”