A new Apple patent awarded today by the U.S. Patent and Trademark Office shows the company is working on home automation technology that can adaptively track a user’s location by obtaining information from an iPhone or a Mac, and then use the data to intelligently control devices remotely, including home appliances (via AppleInsider).

With companies like Nest and Philips automating tasks with products like Nest Learning Thermostat and Hue light bulbs, many believe home automation is the next big thing in technology. With its latest patent, Apple hints it may soon step into the competition as well. 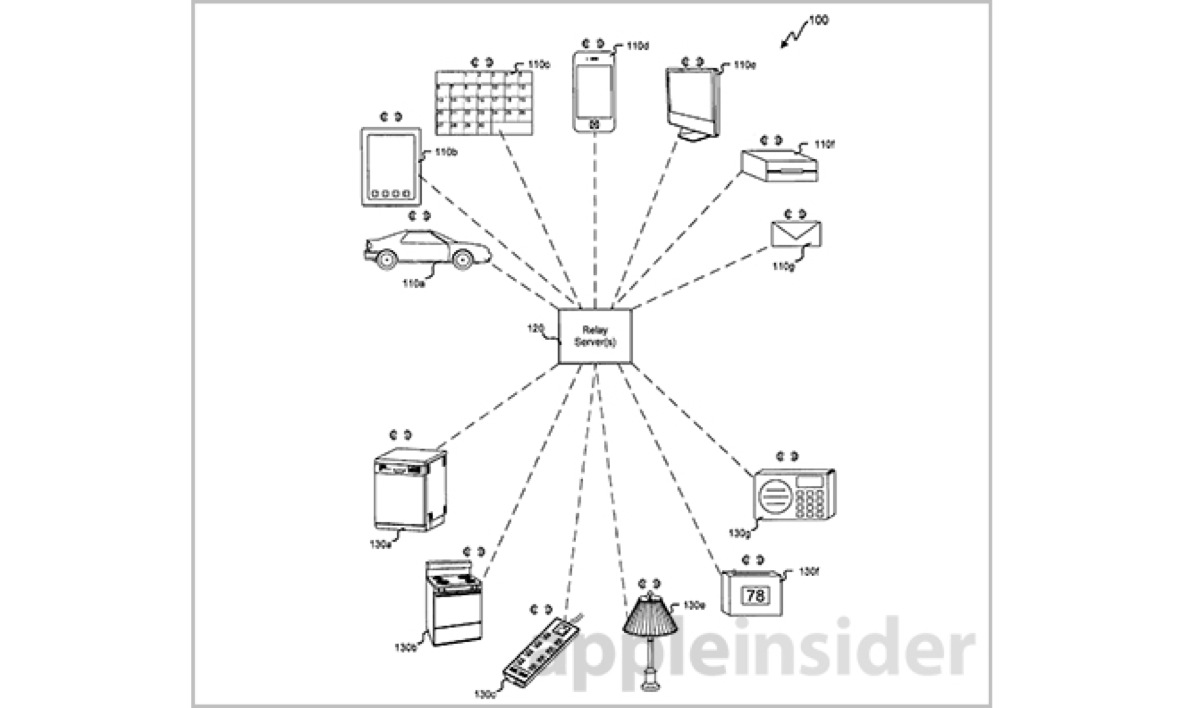 The company’s new awarded patent describes a system that uses data gathered by static and mobile devices, such as an iPhone or a Mac, along with wireless communications technology to “determine a user’s current and guessed future location”. Apple notes that a user’s position can be obtained from a computer login, an iPhone transmitting GPS coordinates or cell tower triangulation.

The filing details as an example that an iPhone can provide GPS information every five minutes, or when it connects to a new cell tower. In other cases, the system can randomly query devices to save battery life. Alternatively, devices in a fixed position can be used to relay information on a user’s activities.

“After processing, the relay servers push a signal out to second devices, instructing them to commence an operation or change operational states. Second devices can be any number of products. Examples given include washing machines, ovens, lights, power strips, lights, climate control systems and more.

Second devices can also be monitored to determine whether they are already on or off, as well as other modes of operation, before the system sends a control signal.

While first devices can communicate wirelessly, second devices may be attached to the relay system via USB or some other physical means. It should be noted that some type of communications protocol is required, whether it be Wi-Fi, Ethernet or cellular, to connect with relay servers.”