To celebrate the Japanese New Year, Apple will hold a 2-day promotion offering customers a free Apple gift card worth up to ¥32,000 with the purchase of eligible Apple products on January 2 and January 3 (via MacRumors). 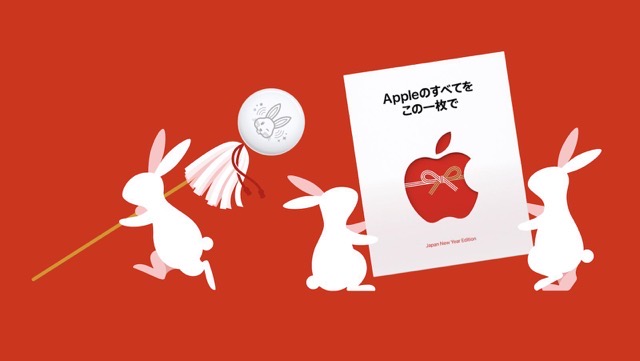 Free Apple gift card amounts will range from ¥4,000 for second-generation AirPods and other accessories to ¥32,000 for 14-inch and 16-inch MacBook Pro purchases in Japan.

Similar to last year, Apple is also offering a limited-edition AirTag as part of the promotion celebrating the Japanese New Year.

The first 30,000 customers in Japan who purchase a new iPhone 13, iPhone 13 mini, iPhone 12, or iPhone SE from Apple during the promotion will receive a limited-edition AirTag with a Year of the Rabbit engraving for 2023.

iPhone orders placed through the Apple Store app will not qualify for a limited-edition AirTag, so make sure to complete the purchase on Apple’s website. The promotion will also be available at Apple’s retail stores in Japan.

You can view the full terms and conditions for the promotion with additional details on Apple’s website here.