Apple has launched a contest once again to celebrate the success of the App Store, and this time it’s the lead up to 25 billion app downloads. The winner of the 25 billionth download will receive a $10,000 gift card towards the App Store. Anyone who downloads an app will be automatically entered to win.

As of today, nearly 25 billion apps have been downloaded worldwide. Which is almost as amazing as the apps themselves. So we want to say thanks. Download the 25 billionth app, and you could win a US$10,000 App Store Gift Card.* Just visit the App Store and download your best app yet. 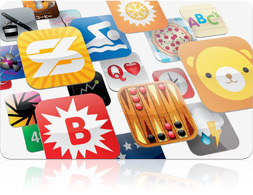 You can also enter without downloading an app though. Just call 1-866-296-5926 or fill out this online entry form. There is a limit of 25 entries per person per day regardless of method. Canadians are eligible for the contest, and there is no fine print excluding Quebec as in the past.

Apple has shared a handy video on its YouTube support channel, explaining how you can add video effects when using Continuity Camera with iPhone on a Mac. If you’re using Continuity Camera with a virtual conference app or FaceTime on your Mac, you can add these video effects from Control Center while you chat. Center Stage...
Usman Qureshi
22 mins ago

The World Surf League (WSL) has announced its integration of the Apple Watch as the official wearable equipment of the WSL. This introduction marks the first time Apple Watch will be used as official competitor equipment in a professional sports environment. Throughout the Championship Tour (CT) season, elite WSL CT athletes will get access to...
Usman Qureshi
34 mins ago

The folks over at MacWorld have compared Apple’s latest M2 Pro and M2 Max processors with every other Apple silicon found in the iPhone, iPad, and Mac lineup. "Understanding the performance differences between each chip will help with your buying decisions, especially when you’re deciding between iPhone 14 or MacBook models.” To find out how...
Usman Qureshi
46 mins ago