Today, Apple has launched a new microsite titled “Everything Changes With iPad”. The website focuses on exploring the way the iPad can change the way you do daily tasks.

Like the company’s past advertising efforts, the new campaign looks to showcase the iPad as a tool that is useful in all aspects of life. Apple is looking to advertise the iPad as something more than just a content consumption device. The introductory video is available on Apple’s website and should be posted to YouTube shortly. 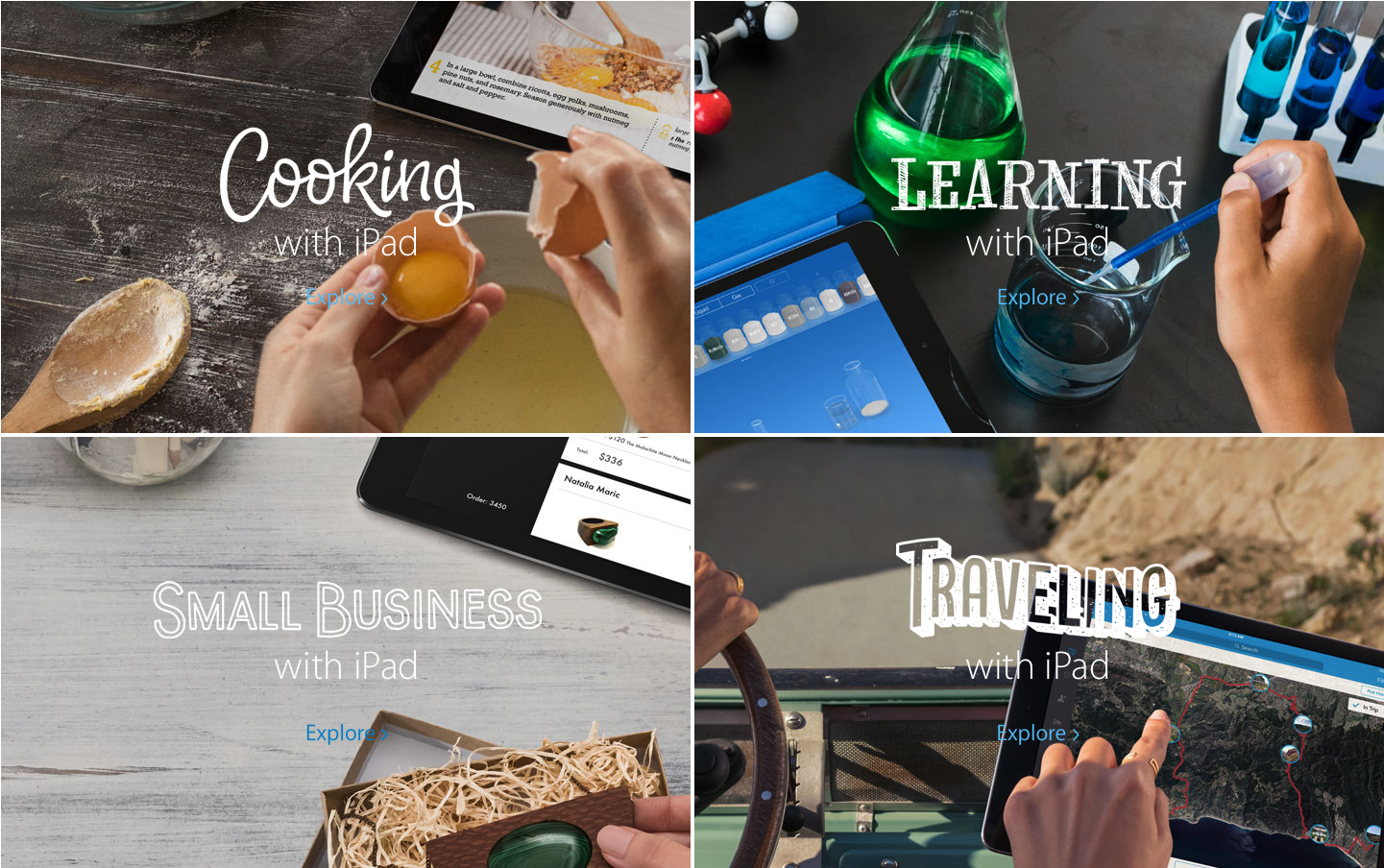 Each section offers imagery and app recommendations, covering what the iPad can do for each purpose. For example, “Cooking with iPad” has sections on using iPad as a cookbook, as a tool to create cookbooks, and as a prep tool for organizing ingredients (like a shopping list). Some of the recommended apps in that section include Epicurious and Cook.

The remaining sections are equally as extensive, suggesting a range of use cases and apps that people might otherwise have missed. Be sure to check out all the covered sections from this link.