According to a new report from MacRumors, Apple has released an internal notice about a new Quality Program that addresses issues with the reflective coating on MacBooks and MacBook Pros devices with a Retina Display.

The issues with the anti-reflective coating wearing off over time under certain circumstances. The company will replace the affected displays at no cost if you’ve purchased the device less than three years ago, or one year from October 16, 2015. 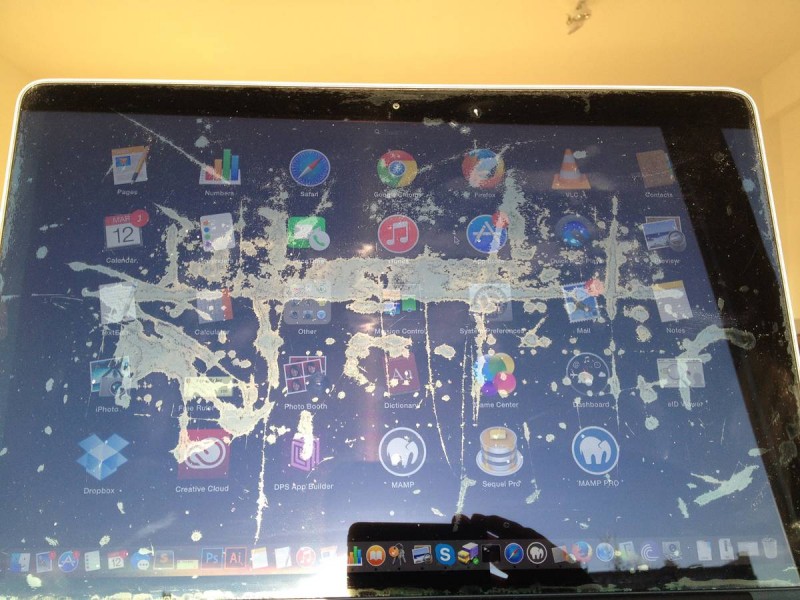 Customers who have already incurred out-of-warranty costs may be eligible for a refund through AppleCare Support. According to the report’s sources, Apple will not publicize the program on its support website, however the company is said to contact potentially affected customers directly.

The anti-reflective coating can wear off due to various circumstances, including the pressure of the keyboard and trackpad on the display when the lid is closed and incorrect use of cleaning solutions.

If you are affected by the issue, you can book an appointment with a Genius Bar or Apple Authorized Service Provider to see if your device is eligible for a free display replacement.

According to a report from Bloomberg's Mark Gurman, Apple is parting ways with its Vice President of Procurement, Tony Blevins, after the latter was filmed making an inappropriate joke in a viral TikTok video. Blevins was one of Apple's top supply chain executives and one of Tim Cook's most effective cost cutters. Most recently, he worked...
Nehal Malik
9 mins ago