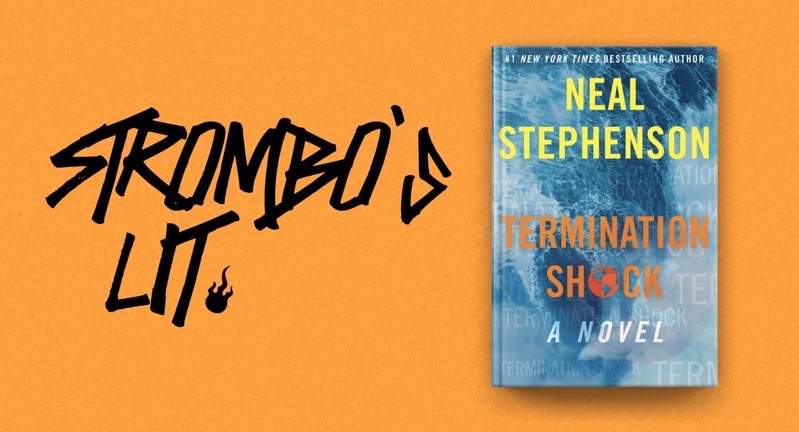 Strombo’s Lit is available within Apple Books and will share “through-provoking books” with fellow readers. The first book pick is by one of Stroumboulopoulos’ favourite authors, Neal Stephenson, with the latter’s novel, ‘Termination Shock’.

“His ideas are brave and prescient. And he has this incredible ability to tell a thrilling story that may seem wild and speculative, but also can feel so real,” said Stroumboulopoulos, who added, “the more I read, the better I speak and the better I listen.”

Apple also is promoting a section of Apple Books called ‘Strombo recommends’, which currently lists six books, including the likes of ‘A People’s History of the United States’ by Howard Zinn, ‘Striking Thoughts’ by Bruce Lee and more.

Toronto’s Stroumboulopoulos has been a longtime partner with Apple, as back in 2017 he debuted a new ‘House of Strombo’ YouTube concert series with Apple Music, while back in 2016, he hosted his own Beats 1 show on Apple Music.

Currently, Stroumboulopoulos hosts the radio show STROMBO on Apple Music Hits, airing Monday through Friday at 2pm PT/5pm ET. In episode 362, the Canadian announces the launch of his new book club in Apple Books, which you can listen to here.

Two days after declaring ‘war’ on Apple, Tesla CEO and ‘Chief Twit’ of Twitter, Elon Musk has met with the iPhone maker’s CEO. In a video shared on Wednesday afternoon, Musk said “Thanks @tim_cook for taking me around Apple’s beautiful HQ,” referring to Apple Park in Cupertino. Musk didn’t elaborate on his meeting with Cook. […]
Gary Ng
29 mins ago