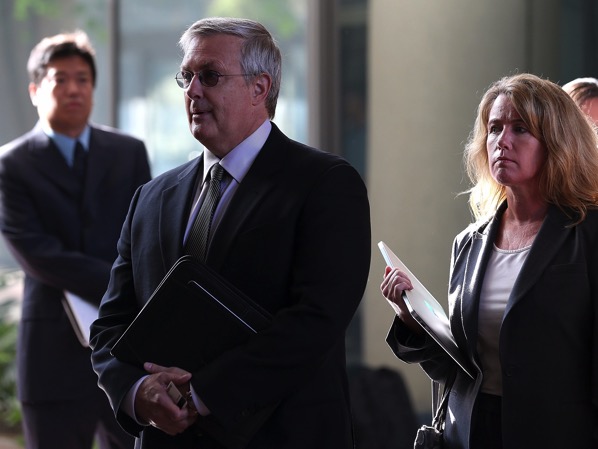 Bruce Sewell, who is considered to be Apple’s top legal executive, will testify before the House Judiciary Committee tomorrow, explaining the issues at hand in the company’s fight against FBI’s request to hack the iPhone that belonged to San Bernardino shooter. According to Business Insider, Sewell will pose the following three big questions that have huge implications for not just Apple, but other tech companies as well as the FBI, if Apple complies with the court order:

Below is an excerpt from the full opening statement Sewell will give tomorrow in court, as provided by Apple:

Thank you, Mr. Chairman. It’s my pleasure to appear before you and the Committee today on behalf of Apple. We appreciate your invitation and the opportunity to be part of the discussion on this important issue which centers on the civil liberties at the foundation of our country. When the FBI came to us in the immediate aftermath of the San Bernardino attacks, we gave all the information we had related to their investigation. And we went beyond that by making Apple engineers available to advise them on a number of additional investigative options.

But we now find ourselves at the center of an extraordinary circumstance. The FBI is asking Apple to weaken the security of our products. Hackers and cyber criminals could use this to wreak havoc on our privacy and personal safety. It would set a dangerous precedent for government intrusion on the privacy and safety of its citizens.

You can read the entire statement at the source page.

Apple's VP of Platform Architecture and Hardware Technologies Tim Millet and VP of Worldwide Product Marketing Bob Borchers recently sat down for an interview with TechCrunch where the pair talked about the tech giant's homemade M-series chips, gaming on Macs with Apple silicon, and more. Millet, who has been at Apple for almost 17 years and...
Nehal Malik
9 seconds ago