Since Apple is tight-lipped on what it does in its labs, industry observers have viewed the tech giant as lagging as the competition heats up on which tech company will best use the powerful artificial intelligence tools. Apple has started talking openly for the first time to Backchannel which today published something the can be called the story of Siri’s transformation. 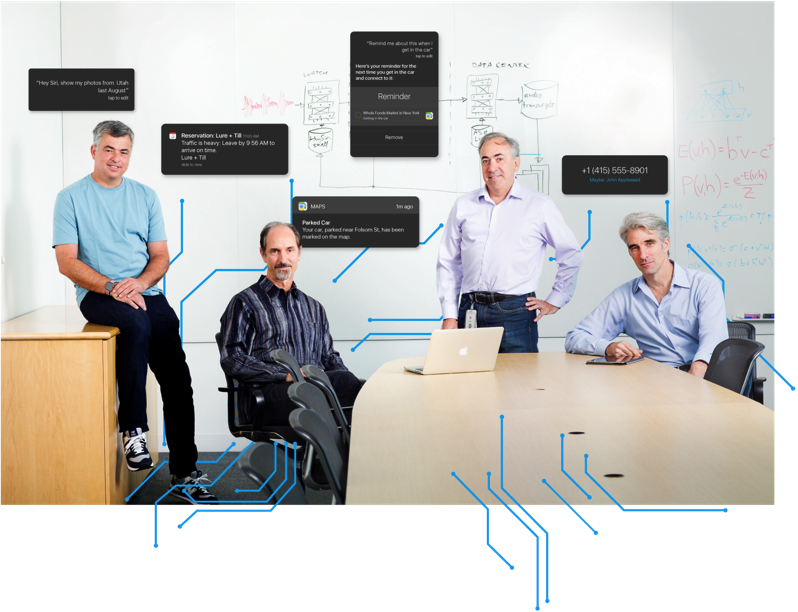 Earlier this month Apple invited Backchannel’s Steven Levy to its labs in order to show where machine learning is being used in its products, under the guidance of Apple’s top executives Eddy Cue, Phil Schiller and Craig Federighi as well as two key Siri scientists.

As it turns out, machine learning is now found all over Apple’s products and services, as the company uses deep learnings to combat fraud detection on the Apple store, extend battery life between charges and more. It also uses AI to tailor news stores to your needs, recognize faces and locations in photos, and figure out whether it should switch to a cellular network instead of using a weak Wi-Fi signal, among other tasks. All that along with protecting your privacy.

“We’ve been seeing over the last five years a growth of this inside Apple,” says Phil Schiller. “Our devices are getting so much smarter at a quicker rate, especially with our Apple design A series chips. The back ends are getting so much smarter, faster, and everything we do finds some reason to be connected. This enables more and more machine learning techniques, because there is so much stuff to learn, and it’s available to [us].”

Machine learnings already has a deep influence on the overall Apple ecosystem. Interestingly, this brain — “the dynamic cache” — enabling machine learning on the iPhone it is in the range of 200 megabytes, according to data provided by Apple. It depends on how much personal information is stored — app usage, interactions with people, neural net processing, speech modeler and “natural language event modelling,” Levy writes.

“We use these techniques to do the things we have always wanted to do, better than we’ve been able to do,” says Schiller. “And on new things we haven’t be able to do. It’s a technique that will ultimately be a very Apple way of doing things as it evolves inside Apple and in the ways we make products.”

The Backchannel report provides tons of other juicy details about Apple’s machine learning efforts. You can read it here (22 mins read).