The same Chinese Weibo account that has reportedly leaked accurate details regarding Apple’s iPhone 12 lineup, pricing, and release dates ahead of next week’s official launch event, has also claimed that Apple will be releasing a new magnetic iPhone case as well as two new wireless chargers. 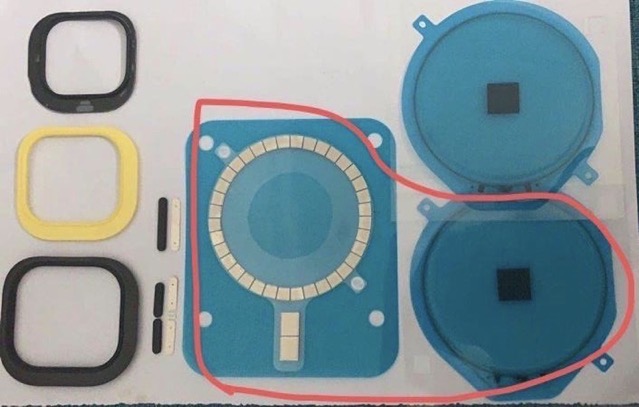 As noted by MacRumors, the leaker has claimed that Apple will announce a new magnetic iPhone case with ‘MagSafe’ and two official Apple wireless chargers called ‘MagSafe Charger’ and ‘MagSafe Duo Charger.’

Here’s some some interesting info:

Back in August, images shared on Weibo that were said to be from the iPhone 12 depict a circular array of magnets in the body of the device. The leak was met with speculation that the magnets could be for alignment purposes should Apple release its own wireless charger.

EverythingApplePro, who shared the images on Twitter, also posted an image of an alleged iPhone 12 case with a similar array of magnets built in, which he suggested are “likely for perfect alignment with Apple’s wireless chargers.”

Apple’s MagSafe branding historically refers to its iconic magnetic power connector for MacBooks, which was discontinued by Apple between 2016 and 2019 and replaced with USB-C.

Looks like Apple is planning to rekindle the MagSafe branding with its new charging accessories. I guess we’ll find out for sure at the upcoming Apple event on October 13.