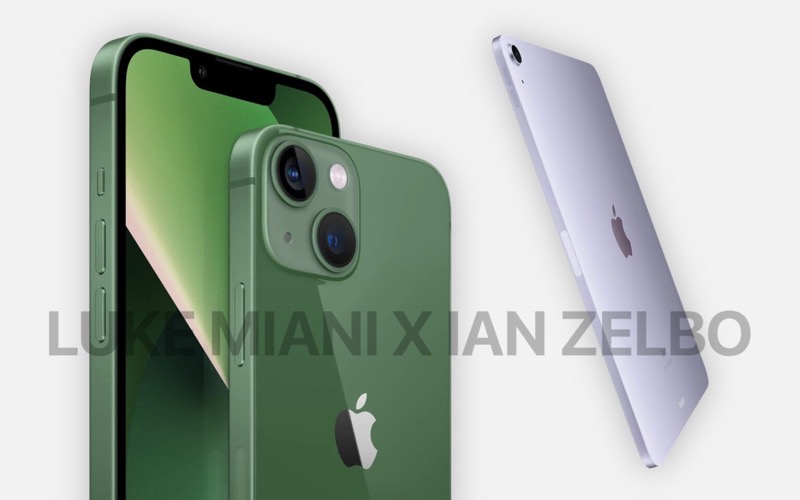 Earlier today, we saw a render of what claims to be Apple’s upcoming ‘Mac Studio’, set to be unveiled at its March event set for Tuesday, by YouTuber Luke Miani.

According to Miani, writing for AppleTrack, he also claims sources tell him a new ‘dark green’ iPhone 13 colour will be announced tomorrow, while the refreshed iPad Air will gain a new colour in the form of purple, similar to what’s currently offered on the iPad mini.

Last year, Apple unveiled a purple colour option for the iPhone 13, and it looks like history may repeat itself.

“This exclusive reporting covers some of the updates we can expect to see tomorrow, and I’m very confident in its accuracy,” writes Miani.

The refresh iPad Air is expected to get an A15 chip, 5G networking and Center Stage for FaceTime, according to Bloomberg’s Mark Gurman.

Also coming is another Apple display that will be 27-inches diagonally and have slightly thicker bezels versus the Pro Display XDR, while also lack cooling vents on the back.

Miani says tomorrow will “not be a laptop event” and is “very confident” in his leak of the ‘Mac Studio’, and hopefully he is correct, because if he’s wrong, the internet will likely not be happy about it. Again, nothing is ever verified until it is announced from Apple, but we’ll find out in less than 24 hours.