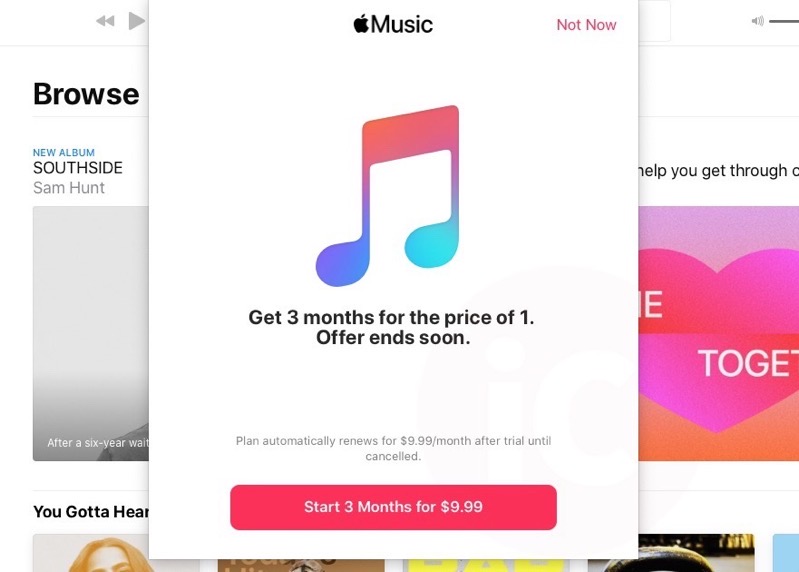 If you are a former Apple Music subscriber in Canada, it may be worth opening the app again on your Mac, iPhone or iPad again, as some old customers are seeing a 3-month free trial again.

An iPhone in Canada reader sent us the image seen above, which reads, “Get 3 months for the price of 1. Offer ends soon.” The user was an old Apple Music subscriber but had recently cancelled a few months ago. He had already previously redeemed a 3-month trial from Apple Music, but it is back again.

Once subscribed to the 3-month trial, you can cancel immediately and avoid the $9.99 CAD charge once the trial period is over.

Last fall, Apple offered up a Black Friday deal within its Shazam app, offering six months free for users in Canada, the United States and the United Kingdom.

Let us know if you’re seeing yet another free 3-month trial from Apple Music right now. Other sources of free premium streaming music right now is available from Deezer and SiriusXM.