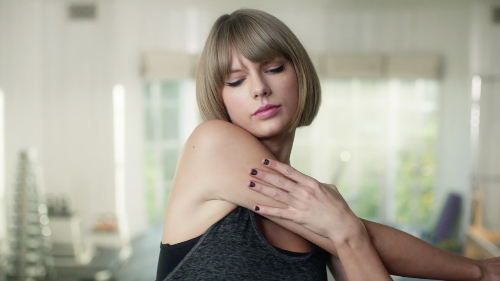 Taylor Swift and Apple first made headlines when the iPhone maker was preparing to launch its music streaming service. You may recall that Swift wrote an open letter that reportedly “helped” Apple execs change their minds over artist compensation during the trial period of Apple Music.

Now Taylor Swift is back, but this time as star of the latest Apple Music ad. The commercial was shared by Swift earlier this morning and shows her preparing for a workout. She launches Apple Music on her iPhone 6(s), taps the activity playlist section, chooses a playlist called #Gymflow, and selects a song from Drake and Future.

The video may be appropriate for April Fools’ Day, as it has a surprise element I won’t disclose now. The ad ends with the “Distractingly good” tagline and prompts watchers to check out the three-month free trial of Apple Music.