Apple Music has just got better and there are a few good reason why: Besides a welcome facelift – it has become cleaner and less cluttered – at the epicentre of the improvement apparently is human curation. That’s Apple’s bet for an enhanced customer experience and more subscribers, as explained by Jimmy Iovine and Trent Reznor. 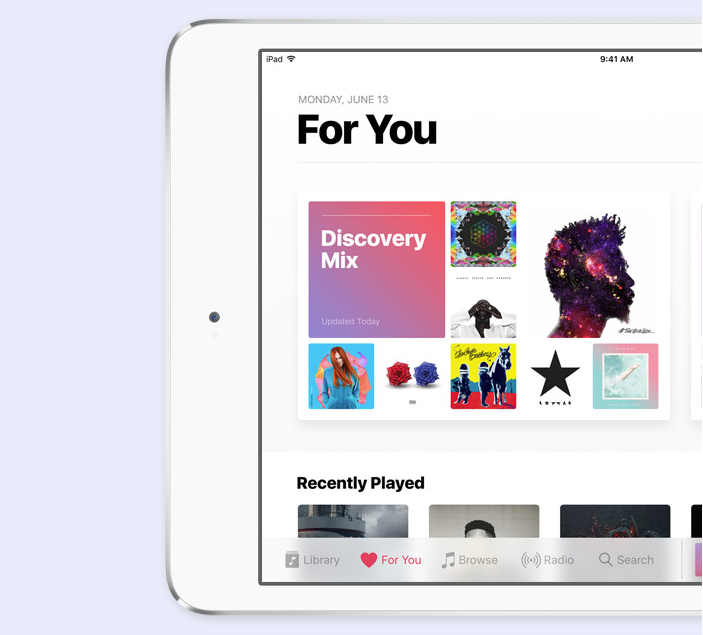 “Alogirithms are limited in what they can do,” said Apple Music’s Jimmy Iovine, co-founder of Interscope Records who came to the company with Trent Reznor in Apple’s Beats acquisition in May, 2014. “If one of our editors started a list with Let’s Stay Together by Al Green, they wouldn’t automatically go to Burning Down the House by The Talking Heads because they covered an Al Green song, and then jump to Frank Ocean.”

Apple SVP of Internet software and services Eddy Cue announced yesterday that Apple Music has been growing fast and now has more than 15 million subscribers, but Apple obviously wants more. And for the subscription model to scale, playlists should be great, entertaining, and fun, Iovine said in an interview with the Financial Post. (You may recall that Apple has been marketing Apple Music’s playlist features in the latest ads for the music streaming service.)

“What we really wanted to focus on was simplicity and clarity,” said Reznor, the lead singer of Nine Inch Nails, who has been working with Apple on the streaming service since the Beats purchase. “Within that, there are a lot of other hidden new features that really increase the usability of the app.”

When Apple Music was launched a year ago, human curation was among the highlighted features. This year, human curation has been in the spotlight more, and the shift in this direction comes when competitors are moving in the opposite direction: They are expanding their machine-learning algorithmic methods of providing better music discovery.

“We have the advantage that we have both,” Eddy Cue, Apple’s senior vice president of Internet software and services, said. “We do have algorithms and then we have people who actually curate them…without the human curation, you can not have the full picture.”

Iovine once again underscored that free subscription tiers are damaging because not all artists these days have 30-year careers. If you have only one or two hit records (today), you’ve got a problem.” With Apple Music, he and the company aims to correct the flaws they have identified in the system.