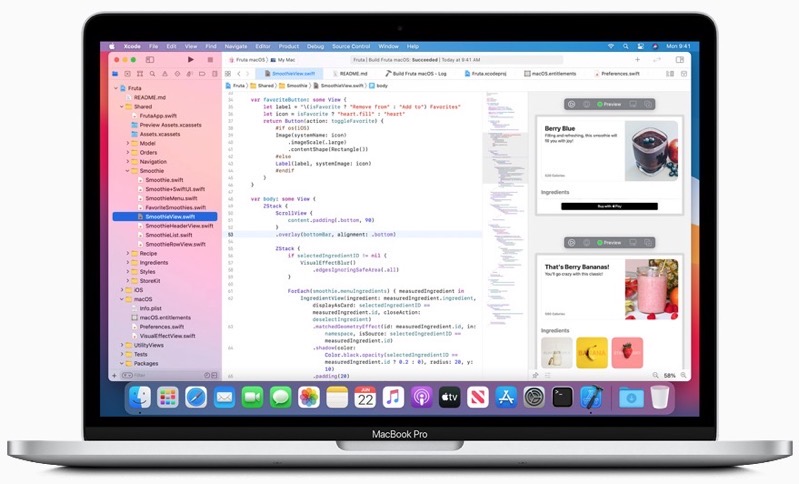 At WWDC today Apple revealed its new technologies for its community of 23 million developers to “design and build the apps of tomorrow.”

“The Apple developer community inspires us all with apps that help more than a billion users, transform industries, and change the world. This WWDC, we’ve introduced innovative new APIs, frameworks, and tools designed to help developers take their app experiences further and reach even more users,” said Phil Schiller, Apple’s senior vice president of Worldwide Marketing, in a statement.

Apple detailed App Clips, which are small versions of an app users can instantly interact with, along with noting the redesign of Widgets in iOS can bring more of an app onto a iPhone user’s Home Screen pages.

The company also detailed the Find My network accessory to leverage hundreds of millions of iPhones to help find lost items or devices, among other expansion of Apple platforms, such as the opening up of HomePod to third-party music services and setting new email and browser default apps from third-party apps.

Apple says there is also “a new StoreKit tool in Xcode lets developers simulate subscription setup, in-app purchases, and even refunds — all locally on their Mac,” to go with a matching testing framework.

Also new is Xcode 12, which comes with a new design to match macOS Big Sur. Xcode 12 now “builds macOS Universal apps by default to support new Macs with Apple silicon,” the company’s transition away from Intel chips on its computers.

In regards to SwiftUI, “new life cycle APIs let developers write an entire app in SwiftUI, and share that code across all Apple platforms,” says Apple.

With Mac Catalyst, there are now new APIs for developers to bring more granular controls when porting over an iPad app to the Mac.

Apple says there’s now also an online version of the App Store lab, while there are two major changes coming to the app review process, starting this summer. Developers will be able to appeal decisions, “but will also have a mechanism to challenge the guideline itself.”

Secondly, Apple will no longer hold back approving app updates over guideline violations (except those with legal issues), but rather address them in a follow up submission (sounds like this is related to the recent situation with the Hey email app).