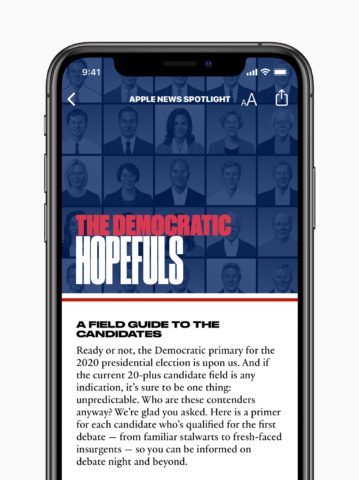 Apple on Wednesday announced a new Democratic candidate guide in Apple News, providing information about the various candidates participating in the first Democratic debates hosted by NBC News, MSNBC, and Telemundo in Miami, Florida, on June 26 and 27.

20 Democratic contenders are profiled in the candidate guide, and with each, the News editorial team has assembled a swath of facts, key stances, quotes, and other relevant information meant to ensure future voters are informed amidst a crowded field of prospects.

Apple‘s guide to the 2020 Democratic presidential candidates can be found in the Apple News app on iOS and macOS. The guide, which will show in the “Top News” section of the app, will feature information on every candidate, including their “biography and experience, notable moments and quotes, current position on key issues, as well as videos, photos and recent coverage from trusted news sources.” 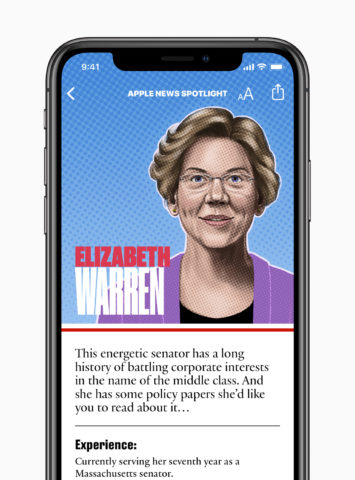 “The 2020 Democratic field is complex, and we want to offer Apple News readers a trusted place to learn more about candidates they’re familiar with and those they may be hearing about for the first time,” reads the press release. “The candidate guide in Apple News is a robust and reliable resource, connecting readers to valuable at-a-glance information and to great journalism from our partners.”

While there’s certainly a strong dose of editorial work done by Apple’s team in this guide, the key driving force behind each candidate profile is stories from other news sources. In the press release, Apple references sources including ABC News, Axios, CNN, Fox News, NBC News, Politico, The Hill, The New York Times, The Wall Street Journal, The Washington Post, TIME, USA Today, Vox and others. 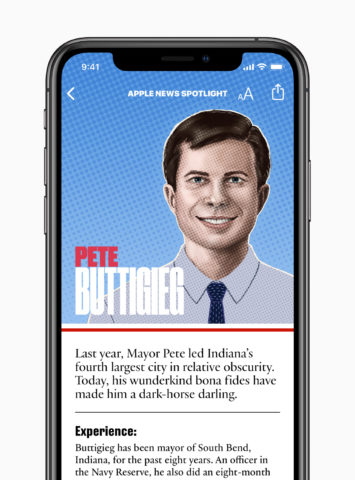 Each candidate profile is filled with links to stories from these sources and more, with practically every detail listed about a candidate tied directly to an outside link. This approach allows Apple’s editors to summarize key facts and make them easily digestible, all while putting news sources front and center so readers can go deeper on topics they’re interested in.

The Apple News candidate guide will feature in the Top Stories section of the News app on iPhone, iPad, and Mac from today, while the Democratic debates will be hosted by NBC News, MSNBC, and Telemundo in Miami, Florida, on June 26 and 27.